A series of strong Pacific weather systems dominated the circulation pattern across the contiguous United States. The upper-level lows and surface cold fronts slammed into the West Coast, weakening the upper-level ridge that has held sway across the West for the past several weeks. The Pacific weather systems intensified over the Southwest then picked up moisture from the Gulf of Mexico as they moved east into the Ohio Valley. They brought above-normal precipitation to much of the Southwest, southern and central Plains, and Ohio and Mid-Mississippi Valleys.

The rest of the contiguous United States was drier than normal. The Pacific weather systems caused the jet stream to dip southward over the West and bulge northward east of the Rockies, resulting in mostly cooler-than-normal temperatures over much of the West and warmer-than-normal weekly temperatures from the southern Plains to Southeast. Drought or abnormal dryness contracted or decreased in intensity over parts of the Southwest and southern to central Plains where above-normal precipitation fell. Drought or abnormal dryness intensified or expanded over other parts of the West, northern Plains, and spotty areas of the Southeast. Drought expansion exceeded contraction, so the overall U.S. drought footprint increased this week.

Abnormal dryness and drought are currently affecting over 115  million people across the United States including Puerto Rico—about 37.2% of the population. 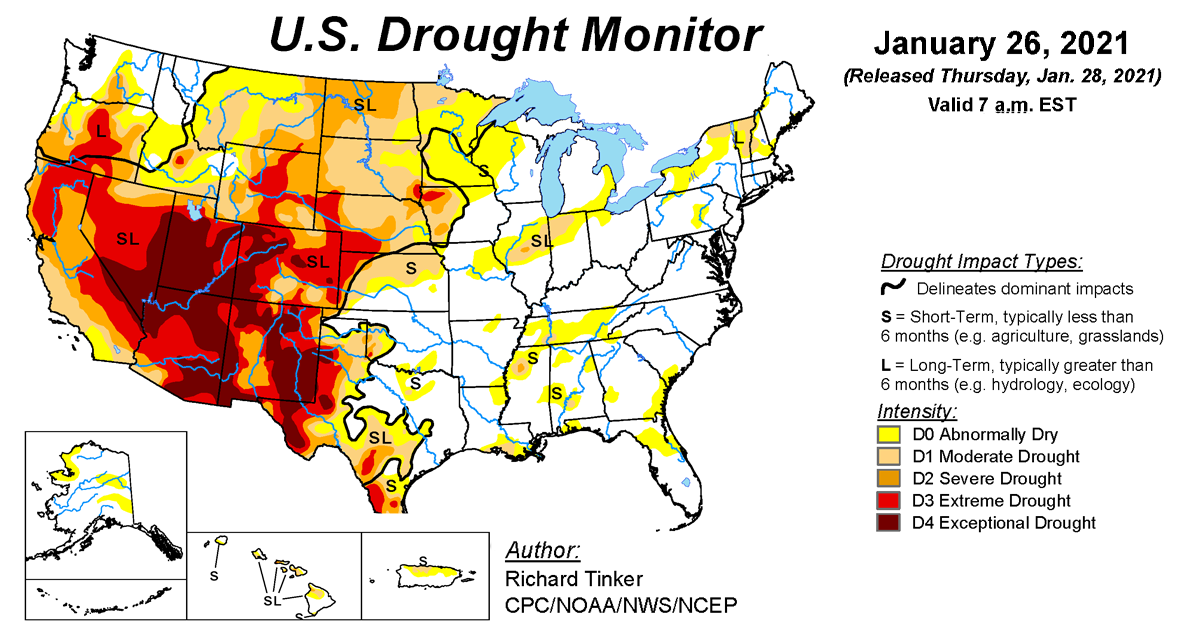 Driven by record warmth in the West, the national average summer (June–August) temperature for the contiguous U.S. was 72.7°F, 1