During the week, a low pressure system in the central Plains moved through the Great Lakes to Northeast. Once that system exited the country, a strong upper-level trough became established over the eastern contiguous United States with an upper-level ridge over the West. The trough funneled frigid arctic air into the country east of the Rockies, while the ridge kept most of the West drier and warmer than normal.

Weather systems moved over the ridge, brushing the Pacific Northwest with precipitation, before plunging into the eastern trough where they intensified and brought rain and snow to parts of the Plains to East Coast. As a result, the week was generally drier than normal across much of the West into the southern Plains, and wetter than normal in the northern Plains and most of the contiguous United States from the Mississippi River to East Coast.

Abnormal dryness and drought are currently affecting over 66 million people across the United States—about 21.4% of the country’s population. 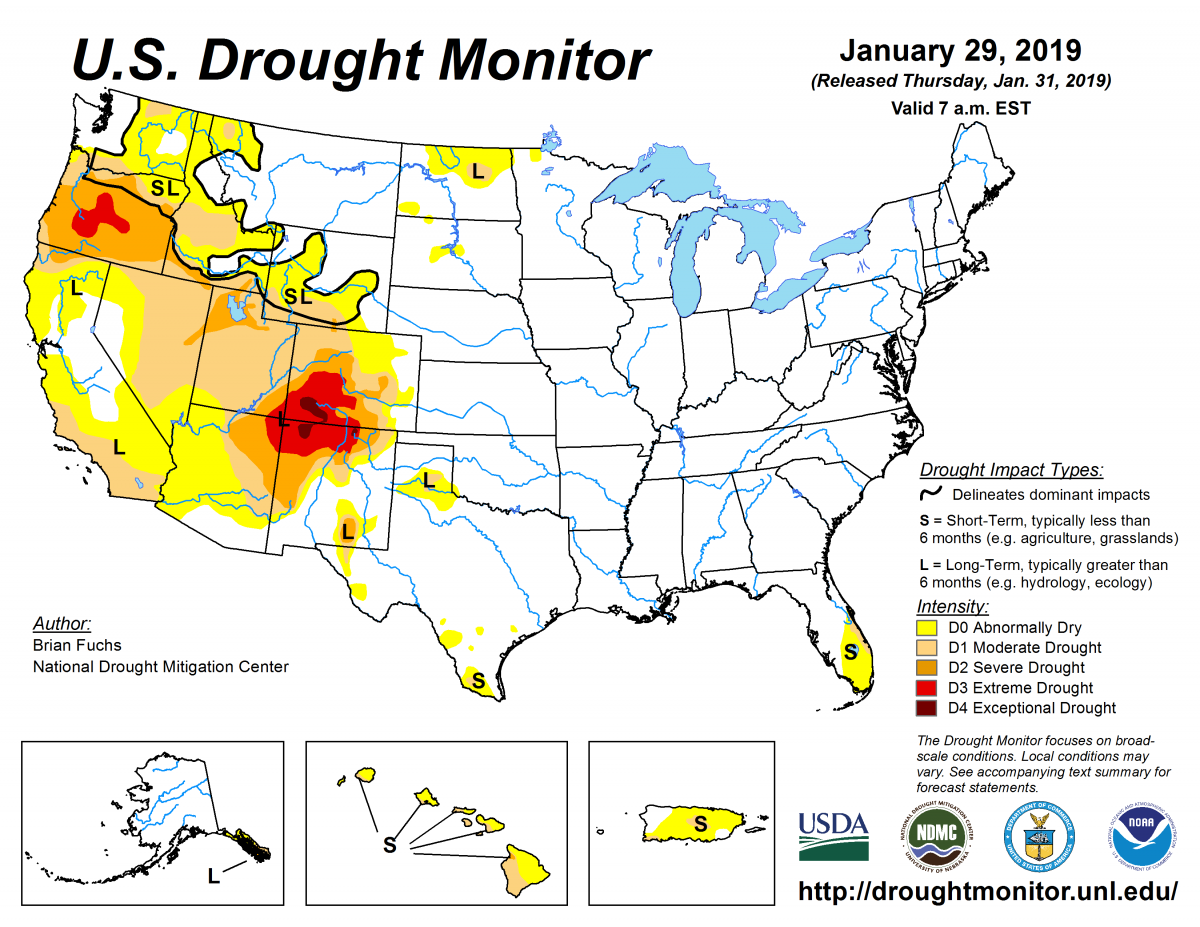 According to the August 31, 2021, U.S. Drought Monitor, moderate to exceptional drought covers 39.0% of the United States

According to the April 16, 2019, U.S. Drought Monitor, moderate to exceptional drought covers 3.8% of the United States, a