An active circulation pattern continued as several Pacific weather systems moved through the jet stream flow across the contiguous United States during this past week. Their surface lows and fronts spread rain and snow across parts of the West, further rebuilding the mountain snowpack and chipping away at precipitation deficits that have built up from several years of drought. The fronts and lows tapped Gulf of Mexico moisture to dump rain and snow across a large swath of the country as they moved east of the Rockies. The area of above-normal precipitation stretched from the Mid-Mississippi Valley, across the Ohio Valley, to the Southeast and Mid-Atlantic coast. There were still areas in the West that were drier than normal for the week, along with a large part of the Great Plains, most of Florida, the Great Lakes, and Northeast.

The fronts pulled in cold Canadian air in their wake, resulting in a colder-than-normal week for the West, central to northern Plains, and western Great Lakes. The week ended up warmer than normal along a line from Texas to the eastern Great Lakes, then eastward to the Gulf and Atlantic coasts, due to a ridge that persisted across the East Coast.

Contraction of drought, or reduction in drought intensity, occurred across parts of the West, northern Plains, Mid-Mississippi Valley, Southeast, and Mid-Atlantic regions. Another wetter-than-normal week further reduced drought and abnormal dryness in Hawaii. Drought expansion and intensification occurred in the southern Plains and Lower Mississippi Valley. Overall, contraction was more than expansion, with the nationwide moderate to exceptional drought area decreasing this week.

Abnormal dryness and drought are currently affecting over 150 million people across the United States including Puerto Rico—about 48.5% of the population. 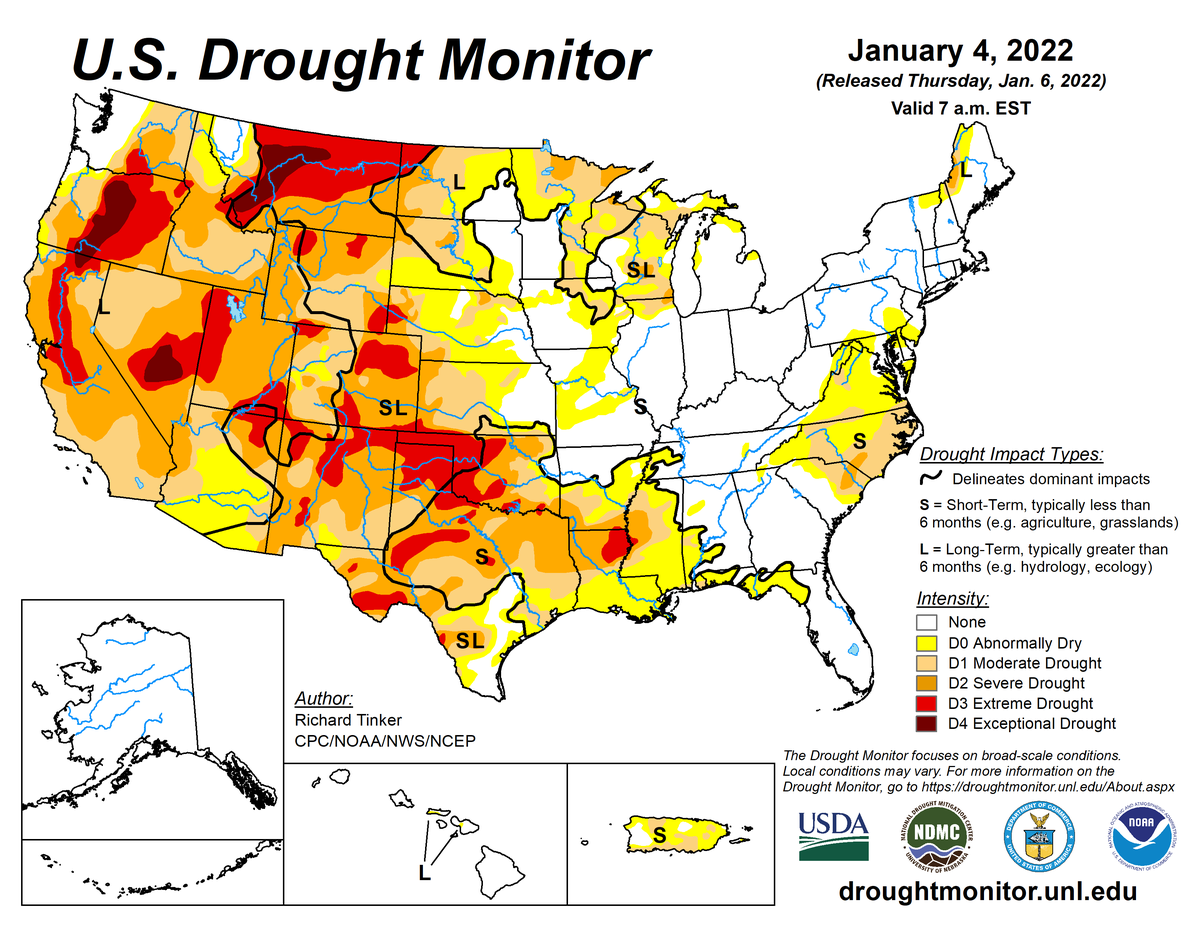 A slow-moving, powerful storm system dumped heavy snow across much of the central Appalachians from November 22 to 30, 1950