A series of strong Pacific weather systems continued moving across the contiguous United States, bringing above-normal precipitation to the Pacific Northwest and northern coastal California. The systems and their surface fronts and lows weakened as they moved through an overarching longwave upper-level ridge over the West, so the rest of the West and the central to northern Plains were drier than normal with little or no precipitation. The systems intensified over the Rio Grande Valley, bringing below-normal temperatures to the Southwest while the rest of the contiguous United States was generally warmer than normal. They tapped Gulf of Mexico moisture as they moved eastward, spreading above-normal precipitation across Texas to the Ohio Valley, from the Florida panhandle to Mid-Atlantic, and across parts of the Northeast.

Drought and abnormal dryness contracted across parts of the Pacific Northwest and Southeast, and from the southern Plains to Ohio Valley. Drought contraction exceeded expansion, so the overall U.S. drought footprint decreased this week.

Abnormal dryness and drought are currently affecting over 115 million people across the United States including Puerto Rico—about  37.1% of the population. 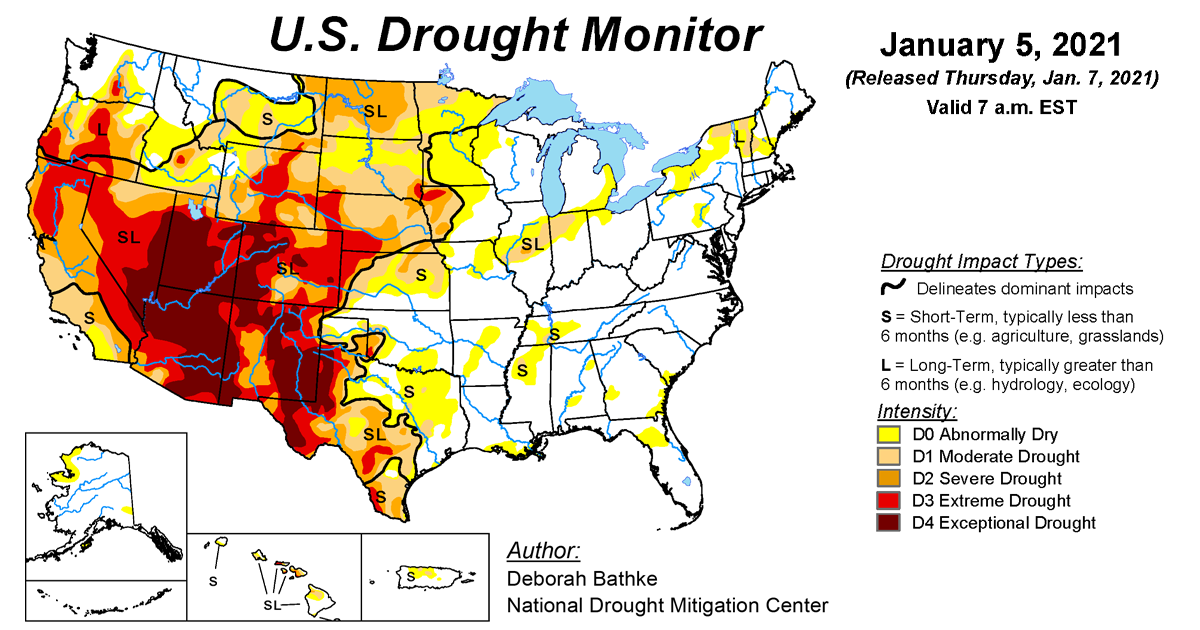