According to the January 9, 2018, U.S. Drought Monitor, moderate to extreme drought covers 32.1% of the contiguous United States, an increase from last week’s 27.7%. Extreme drought declined from 0.8% last week to 0.5%. Exceptional drought remained absent from the Nation for a 13th consecutive week.

This U.S. Drought Monitor week began with a strong upper-level ridge over the western contiguous United States and a deep trough over the East. The ridge kept the West drier and warmer than normal, while the trough funneled dry arctic air masses across the central and eastern contiguous United States to keep conditions much colder and drier than normal. Pacific weather systems migrated through the ridge/trough pattern to bring precipitation to the Gulf of Mexico coast and along the eastern seaboard.

The ridge/trough pattern broke down as the week ended, to be replaced by a more westerly upper-level circulation that brought warmer temperatures and allowed a large Pacific weather system to finally bring much-needed rain and snow to California and Nevada. With dry weather dominating most of the country almost all week, drought and abnormal dryness expanded across parts of the West, Great Plains, and Southeast.

Abnormal dryness and drought are currently affecting over 154 million people across the United States—about 49.7% of the country’s population. 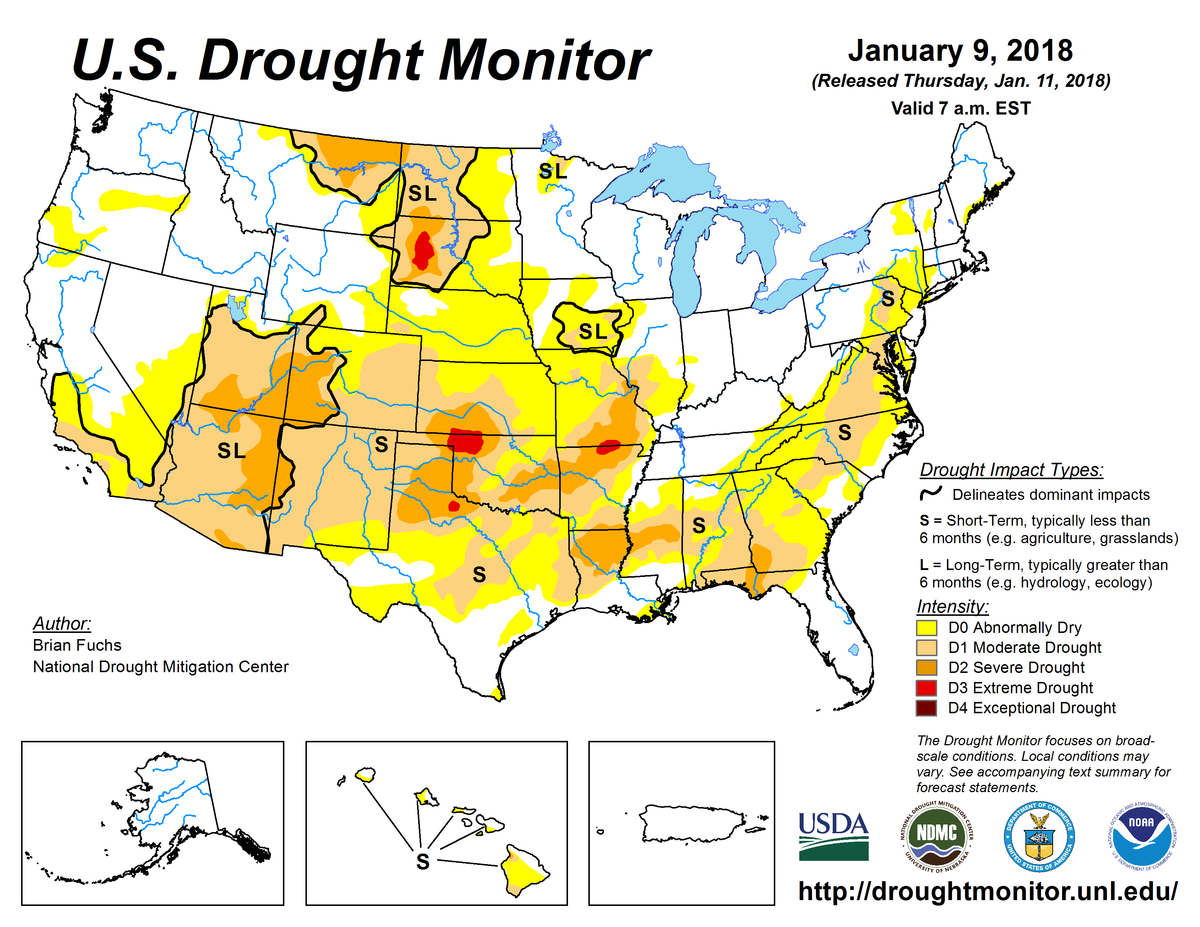 To give you a better idea of the coldest time of year for your area, NCEI has created “Coldest Day of the Year” maps for the