Meanwhile, Tropical Storm Chris hovered off the coast of the Carolinas. Cloudiness and rain associated with the troughs and Chris kept temperatures cooler than normal along the Gulf Coast and southern Atlantic Coast. Otherwise, the high pressure ridge kept temperatures warmer than normal and precipitation below normal for the rest of the Lower 48. Drought and abnormal dryness contracted in the parts of the Plains where above-normal rains fell, but expanded in many other parts of the country.

Abnormal dryness and drought are currently affecting over 119 million people across the United States—about 38.4% of the country’s population. 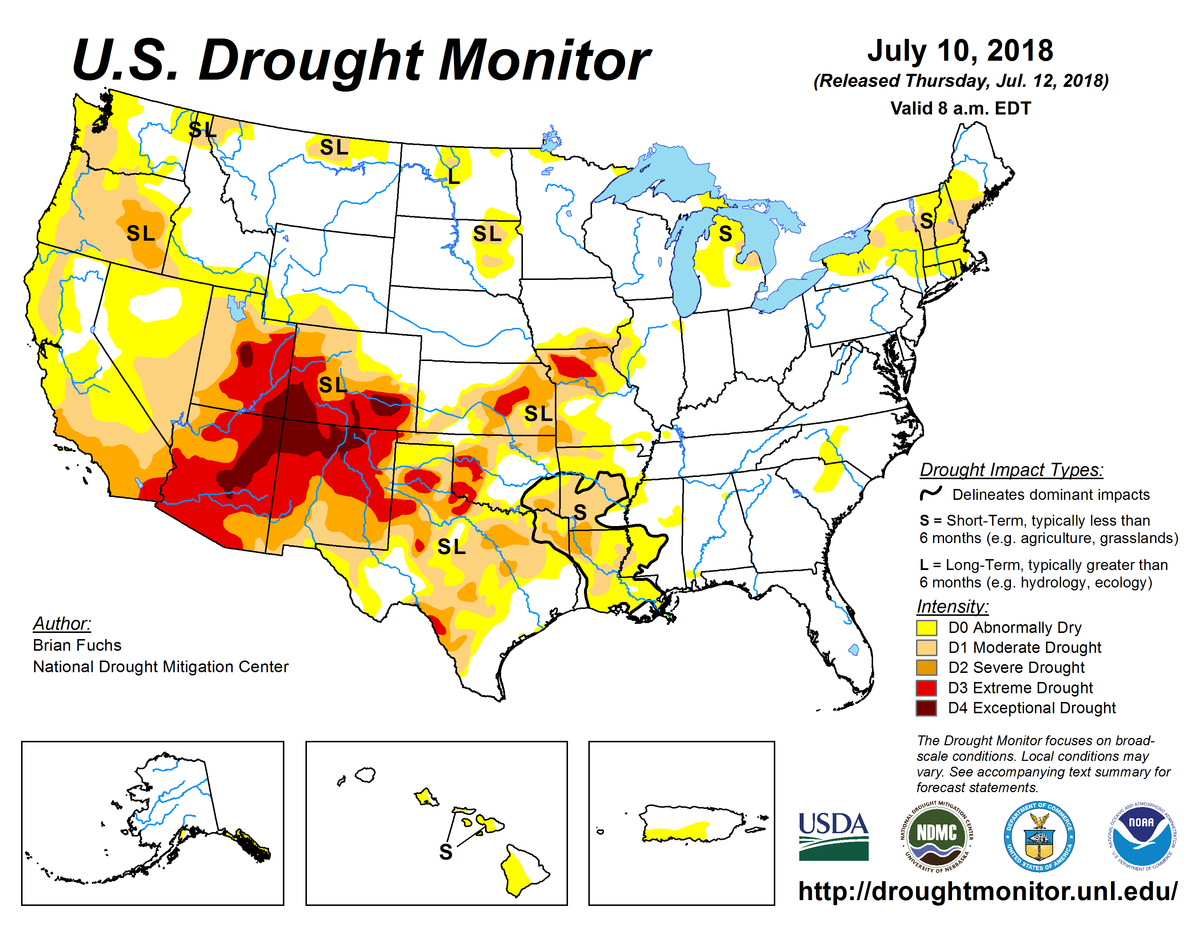 According to the November 21 U.S. Drought Monitor, moderate to extreme drought covers 15.4% of the contiguous U.S.

According to the October 16 U.S. Drought Monitor, moderate to exceptional drought covers 20.5% of the United States.

See which places have the best chance of being a winter wonderland on December 25 according to weather history.