According to the July 11, 2017, U.S. Drought Monitor, moderate to extreme drought covers 9.6% of the contiguous United States, an increase from last week’s 8.5%. Extreme drought also expanded to cover around 2.2% of the Lower 48, up from 1.4% last week. But, exceptional drought—the worst category—continued to remain absent for the 25th consecutive week.

A large upper-level high pressure ridge continued to dominate the West during this U.S. Drought Monitor week, keeping skies sunny, the weather dry, and temperatures warm. Monsoon showers gave parts of the Southwest and northern Rockies above-normal precipitation. But, the rest of the West received little to no rain and weekly temperatures averaged some 10°F warmer than normal in parts of the Pacific Northwest to northern High Plains. The excessive heat continued to deplete soil moisture and further stressed rain-fed crops, pastures, and rangelands in the Northern Plains, expanding drought.

Cool fronts slid across the eastern contiguous United States beneath a northwesterly steering current at the upper levels of the atmosphere. Some of the fronts stalled as they moved south. Gulf of Mexico moisture fed showers and thunderstorms that developed along the fronts, resulting in below-normal temperatures and above-normal precipitation from parts of Texas to the Mid-Atlantic Coast. 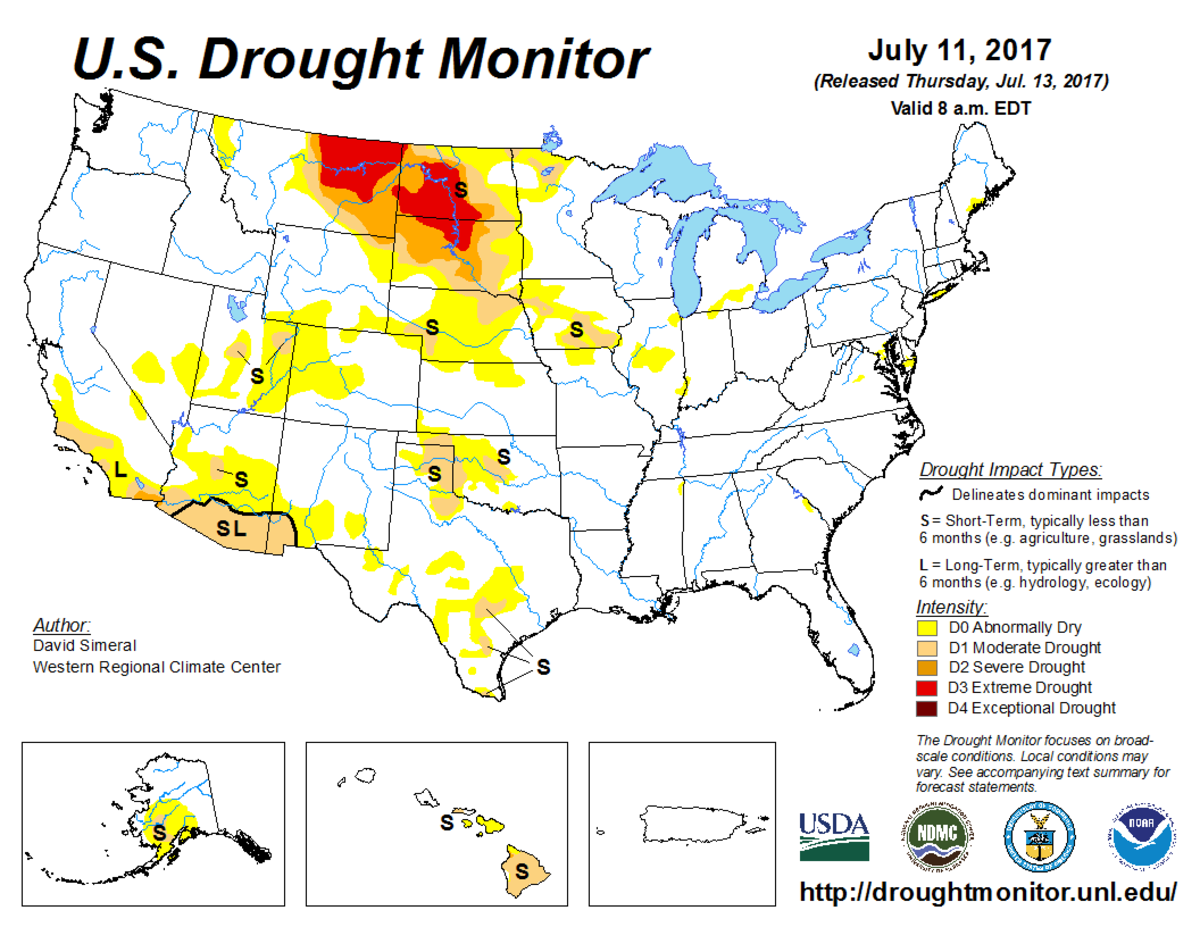 According to the October 22 U.S. Drought Monitor, moderate to extreme drought covers 18.4% of the United States including Puerto Rico.

According to the February 11, 2020 U.S. Drought Monitor, moderate to extreme drought covers 8.9% of the United States including Puerto Rico.

According to the March 24 U.S. Drought Monitor, moderate to exceptional drought covers 9.9% of the United States including Puerto Rico.