A strong subtropical high pressure ridge continued across the southern half of the contiguous United States. The center (or ridge axis) of the high pressure shifted from the Southeast and Plains at the beginning of the week to the West near the end of the week as Pacific weather systems migrated in the jet stream flow across the northern part of the contiguous U.S. and southern Canada. The high pressure inhibited precipitation and kept temperatures warmer than normal.

The excessive heat was focused across the southern Plains to Mid-Mississippi Valley, but the week was warmer than normal from the interior West to the Appalachians. Only the West Coast, Great Lakes, and Mid-Atlantic to Northeast had near to cooler-than-normal temperatures for the week. The North American Monsoon gave parts of New Mexico and Colorado above-normal rainfall, and parts of the Pacific Northwest were wetter than normal, but most of the West was dry.

The southern Plains from Texas to southern Missouri, and much of the Great Lakes and Northeast, had a drier-than-normal week as well. Above-normal precipitation fell along a line from Montana to the Southeast as cold fronts penetrated into the South and a tropical disturbance meandered along the Gulf of Mexico coast before dissipating.

Drought and abnormal dryness contracted where it rained, especially in Montana, New Mexico, and Colorado, and from the Midwest to Southeast. But widespread expansion or intensification of drought and abnormal dryness continued from the southern Plains to Mid-Mississippi Valley, in the Northeast, and in parts of the Far West. Nationally, expansion exceeded contraction with the nationwide moderate to exceptional drought area increasing this week.

Abnormal dryness and drought are currently affecting over 187 million people across the United States including Puerto Rico—about 60.1% of the population. 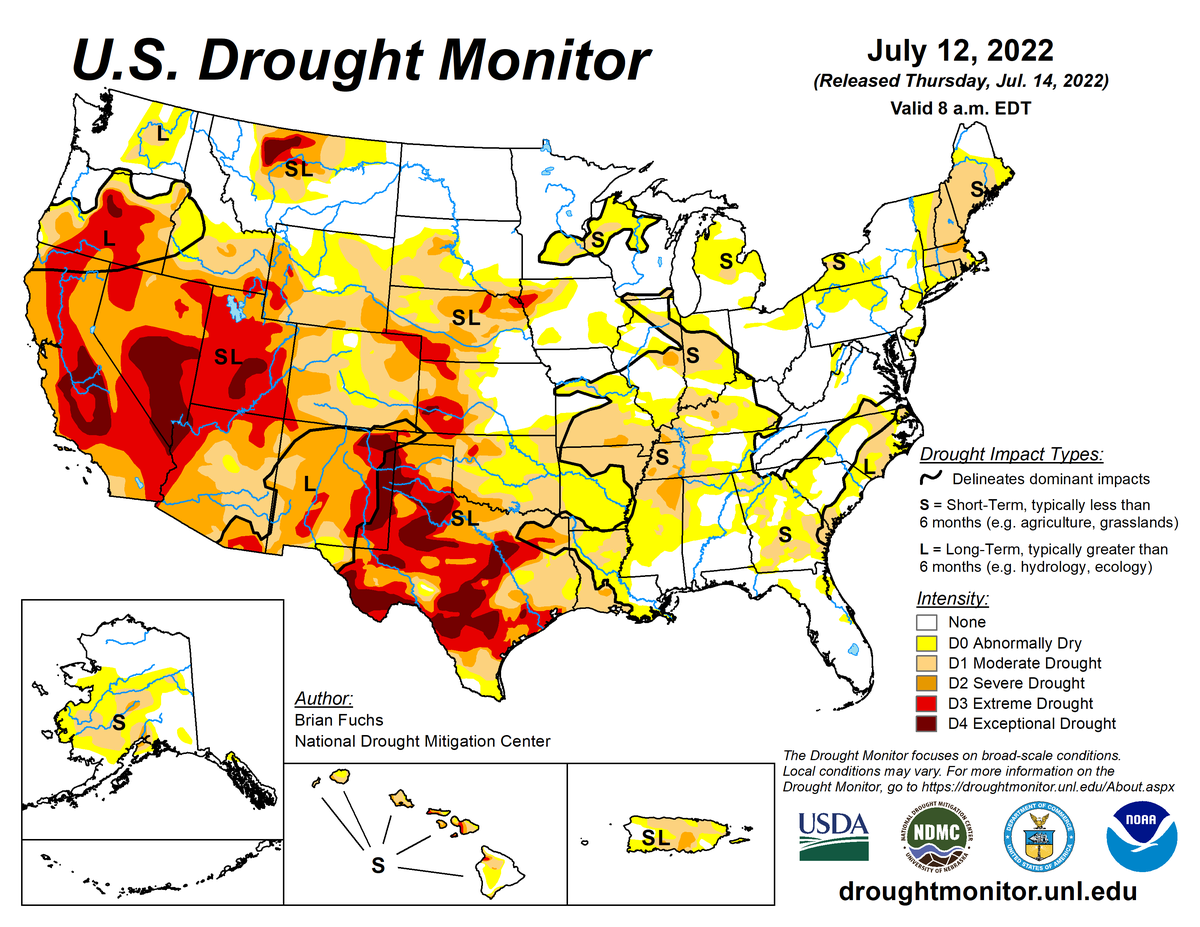