According to the July 14, 2020, U.S. Drought Monitormoderate to extreme drought covers 23.0% of the United States including Puerto Rico, an increase from last week’s 21.6%. The worst drought categories (extreme to exceptional drought) increased from 2.0% last week to 2.3% this week.

A lobe of high pressure protruded into the Great Lakes and Northeast, bringing warmer-than-normal temperatures. The active jet stream kept the storm track mostly across the northern states and southern Canada, but some associated surface lows and fronts sagged southward to bump up against the subtropical high. The fronts and lows brought above-normal precipitation to parts of the Plains, Mississippi Valley, and Great Lakes. Troughs in the jet stream flow kept temperatures cooler than normal in the Pacific Northwest to northern High Plains, and near to cooler than normal in the central Plains to Southeast. The eastern trough and fronts combined with Tropical Storm Fay to bring above-normal precipitation to the Northeast.

Drought and abnormal dryness contracted in parts of the Plains, Upper Mississippi Valley, and Northeast where beneficial rain fell, but expanded across other parts of the Plains and in the West and Midwest. Expansion outweighed contraction, so the U.S. drought footprint grew this week.

Abnormal dryness and drought are currently affecting over 102 million people across the United States including Puerto Rico—about 32.8% of the population. 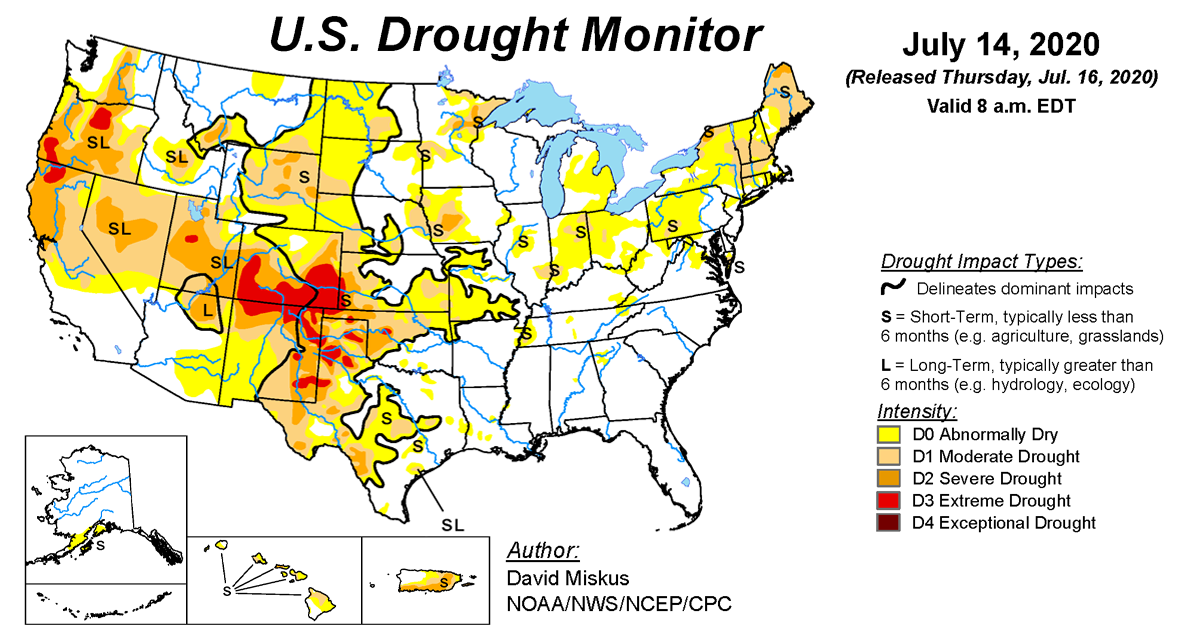 According to the June 18 U.S. Drought Monitor, moderate to extreme drought covers 4.0% of the United States.