According to the July 17, 2018, U.S. Drought Monitor, moderate to exceptional drought covers 26.3% of the United States, an increase from last week’s 25.4%. However, extreme and exceptional drought—the worst categories—contracted slightly to cover 7.2% of the nation, down from 7.4% last week.

Like last week, a high pressure ridge dominated the circulation pattern across the contiguous United States during this U.S. Drought Monitor week, keeping the main storm track to the north. Upper-level lows moved along the Canadian border in the jet stream flow at the northern edge of the high pressure ridge. They dragged surface lows and fronts across the northern states, with some fronts penetrating into the Southeast.

As a result, drought and abnormal dryness contracted in parts of the Southwest and southern Plains where convective rains fell, but expanded in parts of the Northwest, Northeast, eastern Great Lakes, and Plains to Mid-Mississippi Valley.

Abnormal dryness and drought are currently affecting nearly 133 million people across the United States—about 42.7% of the country’s population. 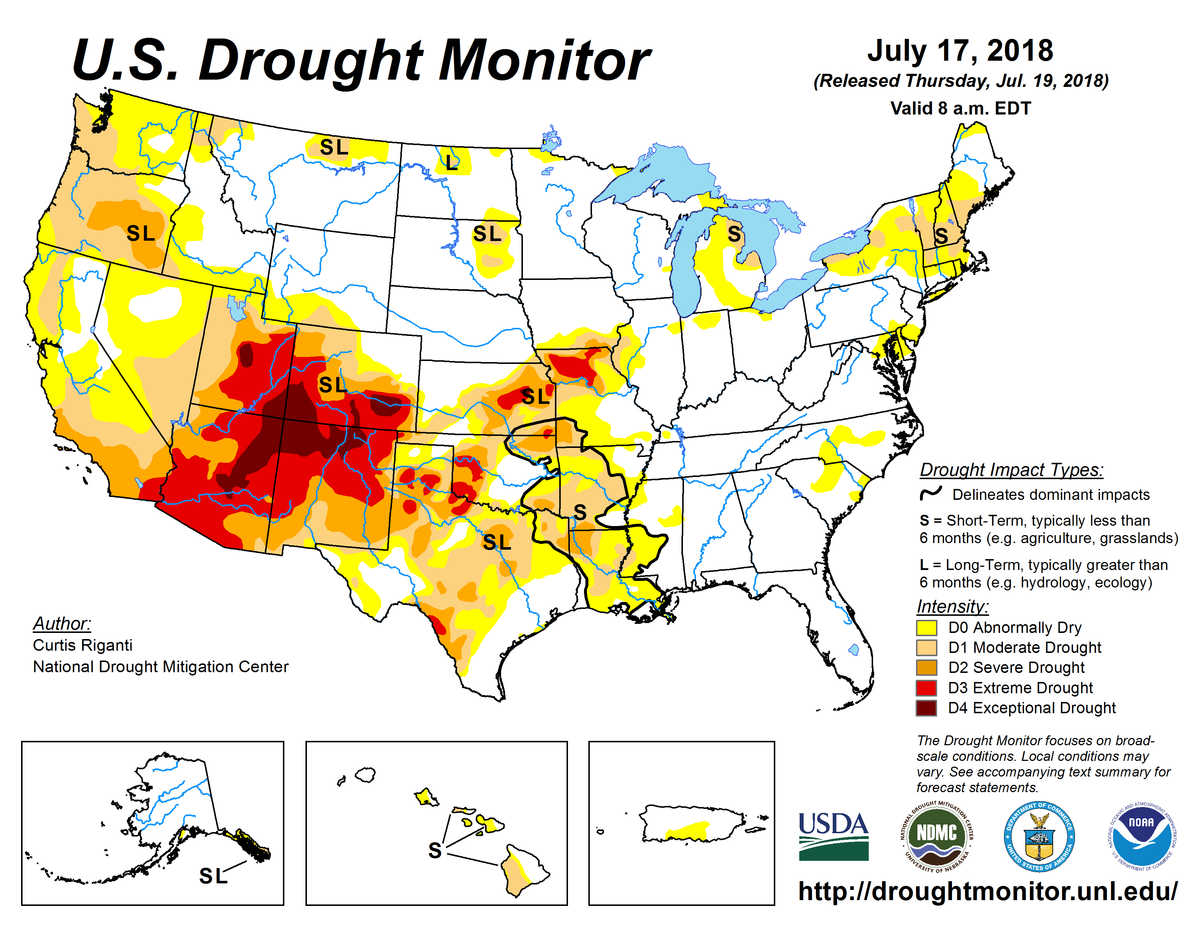 According to the March 7 U.S. Drought Monitor, moderate to extreme drought covers 14.9% of the contiguous U.S.

According to the December 19 U.S. Drought Monitor, moderate to extreme drought covers 26.2% of the contiguous U.S.