A strong ridge of high pressure continued its stranglehold over the western to central contiguous United States. The ridge deflected Pacific storm systems away from the West and Plains, and kept the northern Plains to Upper Midwest and parts of the West warmer than normal.

Outside of the Southwest, however, much of the contiguous United States was drier than normal for the week. Drought and abnormal dryness contracted in parts of the Northeast and western Texas, and reduced in intensity in the Southwest, where beneficial rains fell. But drought and abnormal dryness intensified or expanded where little to no rain fell in northern parts of the West, northern Plains to Upper Mississippi Valley, central Plains, central Appalachians, and California. Overall, contraction exceeded expansion, with the nationwide moderate to exceptional drought area decreasing this week.

Abnormal dryness and drought are currently affecting over 91 million people across the United States including Puerto Rico—about 29.5% of the population. 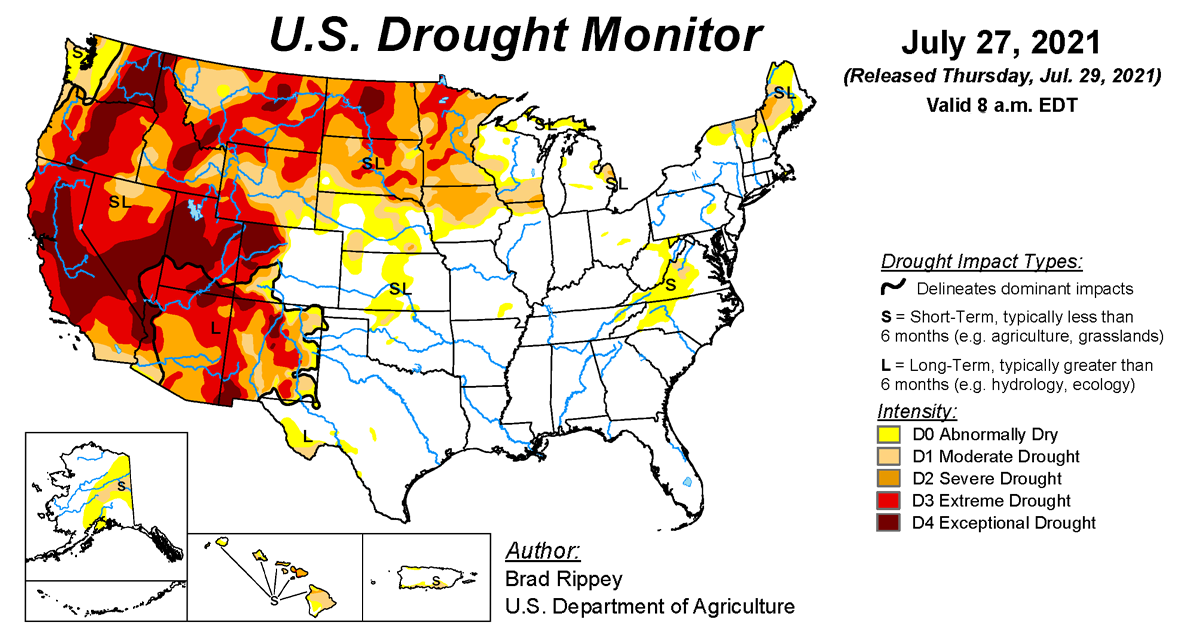 According to the June 20, 2017, U.S. Drought Monitor, moderate to extreme drought covers 7.0% of the contiguous United States, a

According to the January 26, 2021, U.S. Drought Monitor, moderate to exceptional drought covers 38.5% of the United States