According to the July 9, 2019, U.S. Drought Monitor, moderate to extreme drought covers 3.6% of the United States including Puerto Rico, an increase from last week’s 3.3%. For the eighth week in a row, the worst drought categories (extreme to exceptional drought) remain at 0.1%.

High pressure dominated the South with an upper-level ridge extending north along the Mississippi River into Canada. Another upper-level ridge of high pressure was anchored over Alaska. Low-pressure troughs became trapped over the West between these two ridges. The ridge kept temperatures warmer than normal across the eastern half of the continental United States, while temperatures were cooler than normal over the western half beneath the trough.

In Alaska, where numerous large wildfires were burning across the state, the upper-level ridge blocked precipitation and kept temperatures much warmer than normal. Parts of Hawaii and Puerto Rico were wetter than normal, and other parts drier than normal for the week. As a result, drought and abnormal dryness expanded in Alaska, Puerto Rico, and the Pacific Northwest, with some expansion and some contraction over the South, Southeast, and Hawaii.

Abnormal dryness and drought are currently affecting over 31 million people across the United States including Puerto Rico—about 10.1% of the population. 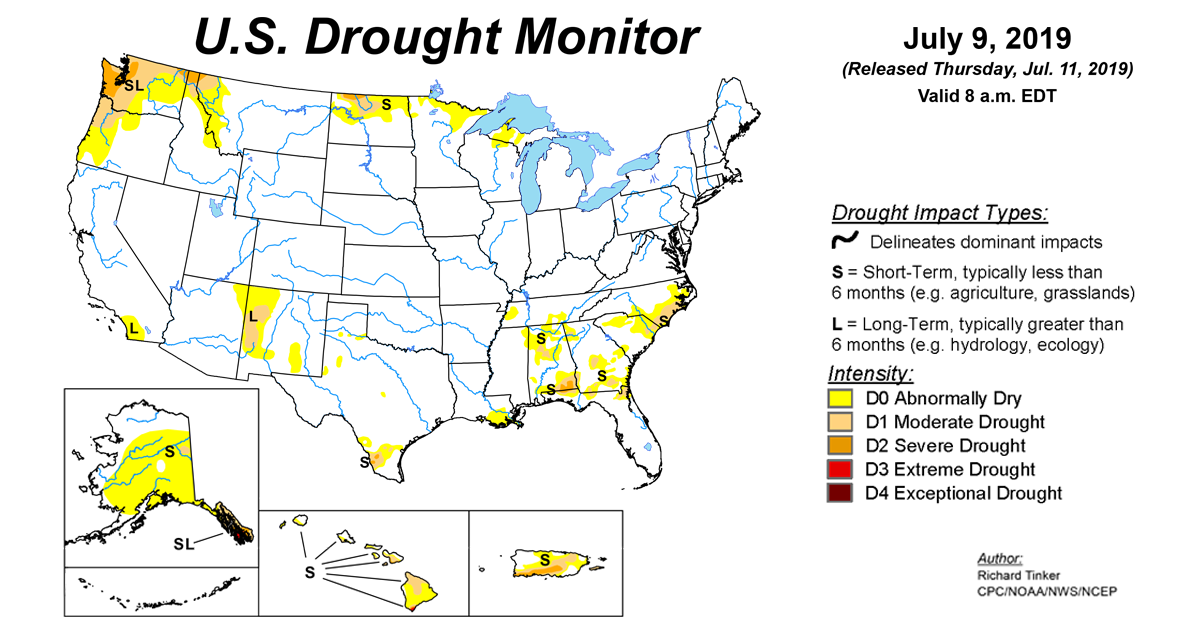 According to the August 27 U.S. Drought Monitor, moderate to extreme drought covers 10.5% of the United States including Puerto Rico.

According to the November 7 U.S. Drought Monitor, moderate to extreme drought covers 12.0% of the contiguous U.S.