The first storm track was across the northern states, bringing above-normal precipitation to the Northeast and parts of the Upper Midwest. The second storm track brought widespread above-normal rainfall to the southern Plains. Most of the West and much of the Southeast continued drier than normal. The interplay between the surface fronts and upper-level systems allowed cool Canadian air to spread into the contiguous United States, resulting in a cooler-than-normal week across most of the country east of the Rockies, while the West Coast ridge brought a warmer-than-normal week to the southwestern states.

Abnormal dryness and drought are currently affecting over 143  million people across the United States including Puerto Rico—about 46.0% of the population. 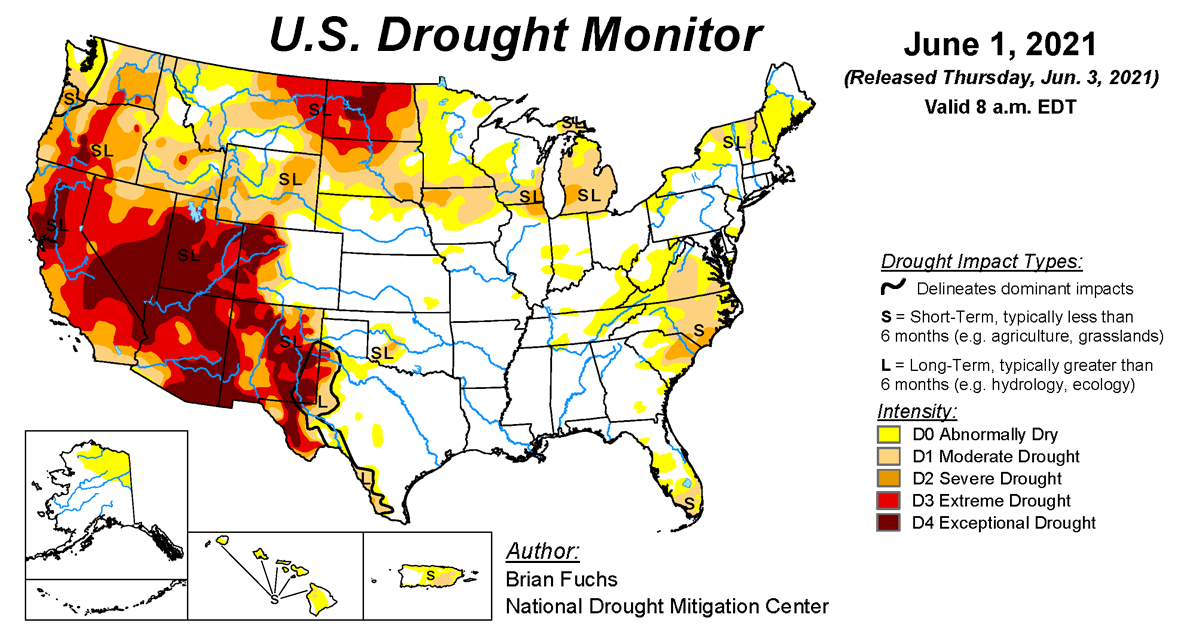 In addition to Drought.gov, you can find further information on the current drought as well as on this week’s Drought Monitor update at the National Drought MitigationCenter. See their recent news releases.

According to the June 12, 2018, U.S. Drought Monitor, moderate to exceptional drought covers 23.3% of the United States, an

According to the June 5, 2018, U.S. Drought Monitor, moderate to exceptional drought covers 22.6% of the United States, a slight