According to the June 11, 2019, U.S. Drought Monitor, moderate to extreme drought covers 4.0% of the United States, a decrease from last week’s 5.0%. For the fourth week in a row, the worst drought categories (extreme to exceptional drought) remain at 0.14%.

Two storm tracks dominated the continental United States this week. Across the southern tier states, the week began with an upper-level low pressure system over the Southwest and a ridge over the south-central states. The low slowly moved east, eventually bringing widespread and locally heavy rains to the drought areas of the Southeast. In the meantime, the second storm track had surface lows and fronts move across the northern tier states. While these northern weather systems left precipitation in their wake, it was wetter than normal in only a few parts of Montana, the Upper Midwest, and Northeast.

Much of the West to Great Plains was drier than normal, while the southern storm track left above-normal precipitation across the Gulf of Mexico coast and most of the Southeast. The week ended with a strong upper-level ridge setting up over the West, bringing unusually hot and dry weather to California. The southern rains contracted drought and abnormal dryness in the Southwest, Southeast, and Tennessee Valley, while continued dryness led to expansion in the northern Plains.

Abnormal dryness and drought are currently affecting over 31 million people across the United States—about 10.1% of the country’s population. 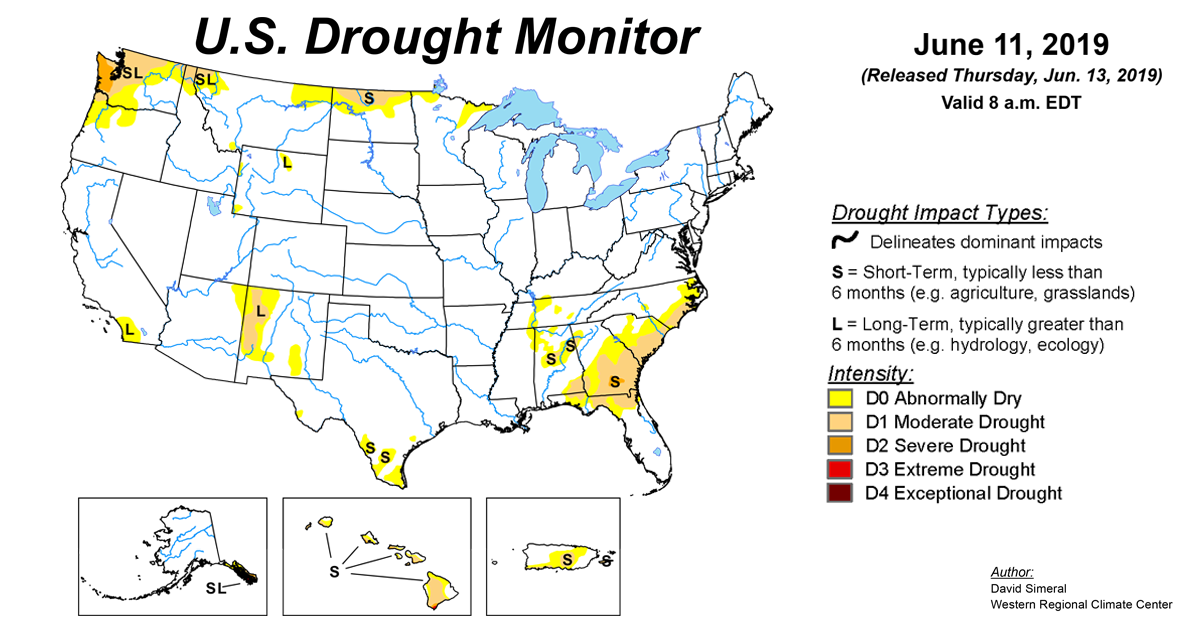 According to the October 29, 2019, U.S. Drought Monitor, moderate to extreme drought covers 15.6% of the United States including