A strong ridge of high pressure became established over the central part of the contiguous United States. The  ridge brought dry weather to much of the Southwest to southern and central Rockies, southern to central Plains, and Mid- to Upper-Mississippi Valley. It also spread warmer-than-normal temperatures across the contiguous United States from the Rockies to Gulf of Mexico and East Coast, with excessively hot temperatures across the northern Plains to Great Lakes. The ridge kept the storm track across the northern states and southern Canada, with areas of above-normal precipitation occurring in the Pacific Northwest and northern Plains.

In the meantime, a leftover weather system from last week slowly crept across the eastern United States, dropping above-normal precipitation over the Lower Mississippi Valley to Mid-Atlantic states. An upper-level trough hugged the West Coast throughout the week, keeping temperatures cooler than normal there. As the week ended, the atmospheric circulation became highly meridional with a ridge across the southwestern to north central states and upper-level troughs over the West and East coasts. The East Coast trough sent Canadian cool fronts filtering in across the eastern contiguous United States late in the week.

Drought and abnormal dryness contracted from the central Appalachians to Mid-Atlantic Coast, but expanded or intensified in parts of the central  Rockies to Great Lakes and Northeast.  Expansion exceeded contraction, so the nationwide moderate to exceptional drought area rose this week.

Abnormal dryness and drought are currently affecting over 137  million people across the United States including Puerto Rico—about 44.1% of the population. 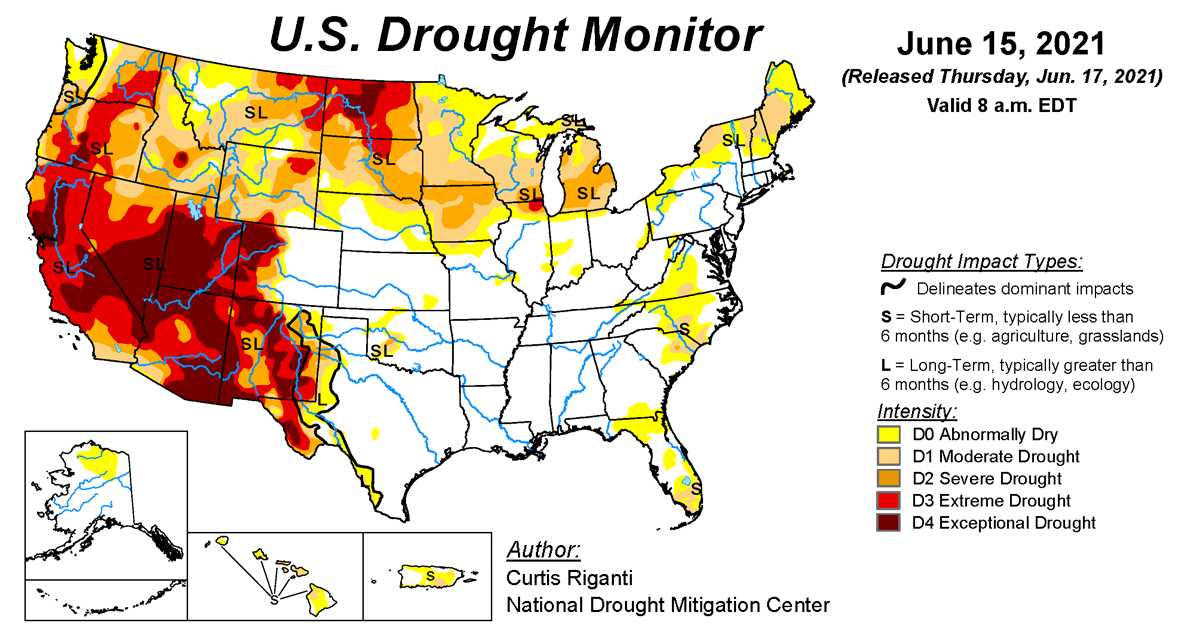