According to the June 19, 2018, U.S. Drought Monitor, moderate to exceptional drought covers 22.7% of the United States, a decrease from last week’s 23.3%. Extreme and exceptional drought—the worst categories—also contracted to cover 6.9% of the nation, down from 7.7% last week.

An unusually active (for this time of year) meridional circulation pattern continued across North America during this U.S. Drought Monitor week. A large high pressure ridge dominated the upper-level circulation over the central to eastern contiguous United States, while a strong “closed low pressure system” became stuck in the jet stream flow over the Northwest. This circulation pattern resulted in unusually warmer-than-normal temperatures across much of the Lower 48, especially from the central and southern Plains to Upper Midwest, and cooler-than-normal temperatures over the Northwest.

Fronts and surface low pressure systems tracked across the northern states along the northern edge of the high pressure ridge, bringing above-normal precipitation to parts of the northern Plains to western Great Lakes, while the closed low over the Northwest brought above-normal precipitation to the northern and central Rockies and northern High Plains. Meanwhile, tropical moisture from the remnants of Hurricane Bud enhanced monsoon rainfall across parts of the Southwest, while another slow-moving surface low brought tropical moisture to the western Gulf of Mexico coast. Otherwise, drier-than-normal weather was the rule this week for the other parts of the contiguous United States.

As a result, drought and abnormal dryness contracted across parts of the Plains, western Gulf coast, and Upper Midwest, but expanded in parts of the Northeast, where precipitation deficits continued to accumulate, and from parts of central Texas to northern Missouri, where dry conditions persisted and hot temperatures prevailed.

Abnormal dryness and drought are currently affecting nearly 104 million people across the United States—about 33.4% of the country’s population. 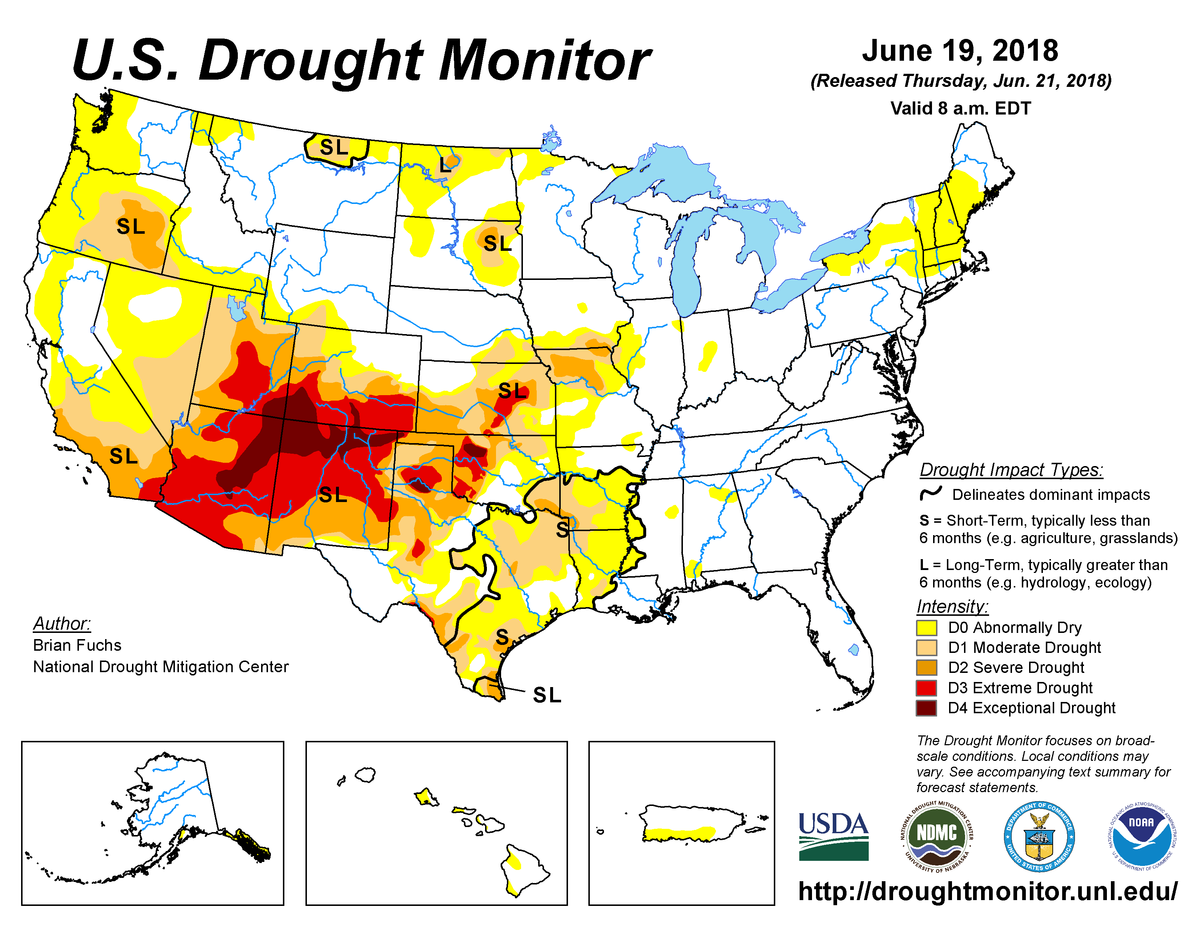 According to the February 26 U.S. Drought Monitor, moderate to exceptional drought covers 10.7% of the United States.

According to the January 29 U.S. Drought Monitor, moderate to exceptional drought covers 14.3% of the United States.

The March 2017 three-month summaries of climate impacts and outlooks are now available for 10 regions and subregions.