According to the June 2, 2020, U.S. Drought Monitor, moderate to extreme drought covers 16.7% of the United States including Puerto Rico, an increase from last week’s 15.5%. The worst drought categories (extreme to exceptional drought) increased from 1.0% last week to 1.1% this week.

The upper-level circulation with a strong low-pressure system spinning across the central part of the contiguous United States and ended the week with a high-pressure ridge dominating the Lower 48. The upper-level low migrated across the Deep South before lifting northeast. The fronts and surface lows that it dragged with it brought rain to southern Texas and areas along and east of the Mississippi River. A Pacific weather system near the end of the week brought precipitation to the Pacific Northwest. The precipitation was above normal in some of these areas, but amounts were below normal in more areas.

Much of the Southwest and Great Plains received little to no precipitation this week. The upper-level low kept temperatures cooler than normal across the southern Plains to Lower Mississippi Valley. But with the ridge dominating, weekly temperatures were warmer than normal across the rest of the contiguous United States, especially in the West. Drought or abnormal dryness expanded across parts of the West and Plains, but contracted along the Gulf of Mexico coast and in parts of the Northwest, with expansion outweighing contraction this week.

Abnormal dryness and drought are currently affecting over 48 million people across the United States including Puerto Rico—about 15.5% of the population. 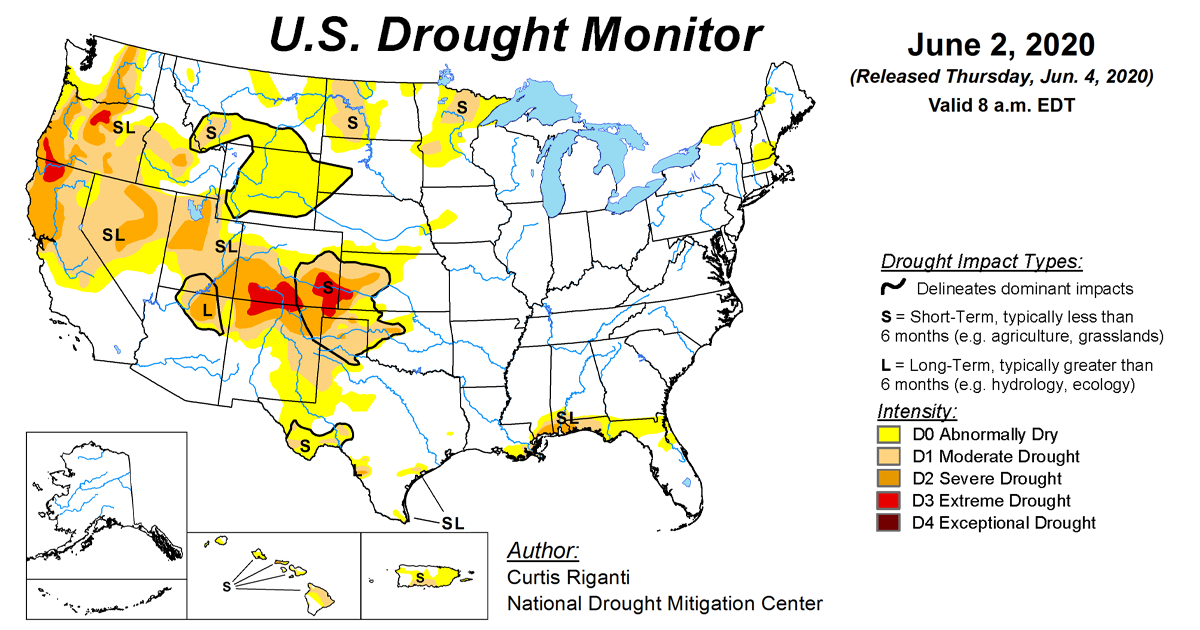 According to the January 12 U.S. Drought Monitor, moderate to exceptional drought covers 37.5% of the United States including Puerto Rico.

According to the November 19 U.S. Drought Monitor, moderate to extreme drought covers 12.2% of the United States including Puerto Rico.