Cool and dry Canadian air masses were slow to move out of the East, leaving  much  of the Tennessee Valley to East Coast with a cooler-than-normal week. Later, Canadian cool fronts slipped into the central contiguous United States and stalled out between the two ridge systems. The circulation around the East Coast ridge blew Gulf of Mexico moisture into the central contiguous United States. The moisture fed showers and thunderstorms that developed along the stalled-out fronts, resulting in above-normal precipitation across much of the Southwest, southern and central Rockies, and western Texas to the Great Lakes. Drought and abnormal dryness contracted from western Texas to the Great Lakes, along the path of the frontal rains, and a few other parts of the Upper Midwest, Florida, and Puerto Rico.

Drought or abnormal dryness expanded or intensified in the Pacific Northwest to northern Plains and parts of New England, the Mid-Atlantic states, and Hawaii. Contraction exceeded expansion, so the nationwide moderate to exceptional drought area decreased this week.

Abnormal dryness and drought are currently affecting over 123  million people across the United States including Puerto Rico—about 39.7% of the population. 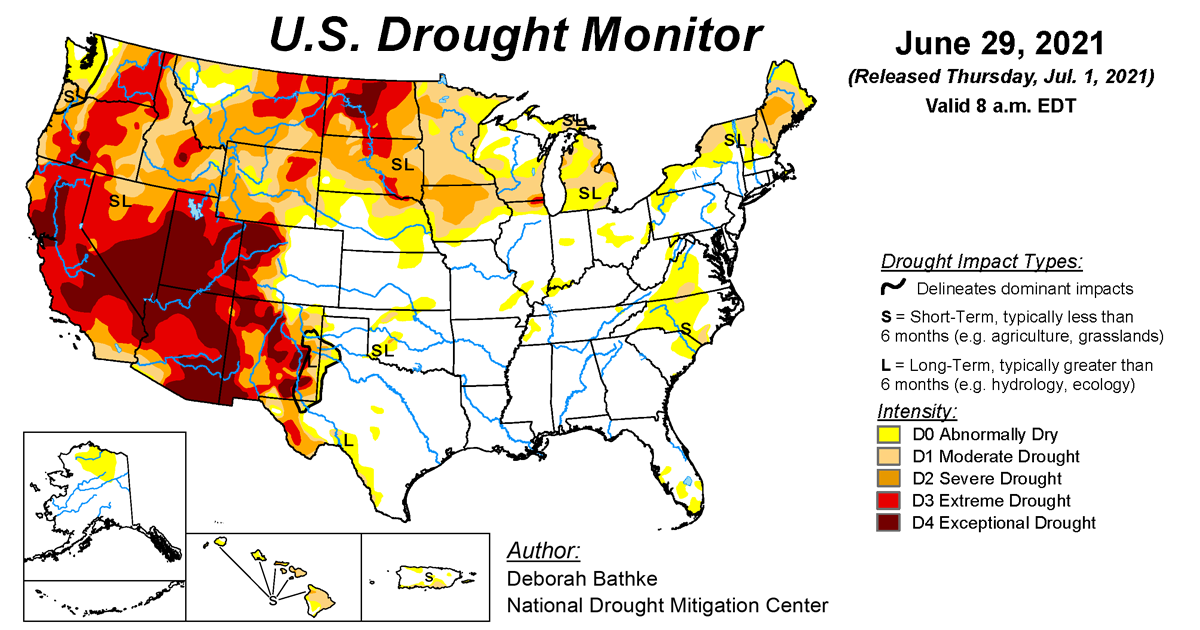 According to the August 15, 2017, U.S. Drought Monitor, moderate to exceptional drought covers 11.3% of the contiguous United

According to the February 12, 2019, U.S. Drought Monitor, moderate to exceptional drought covers 13.6% of the United States