According to the June 4, 2019, U.S. Drought Monitor, moderate to extreme drought covers 5.0% of the United States, an increase from last week’s 3.3%. The worst drought categories (extreme to exceptional drought) remained the same as last week: 0.14%.

The strong high-pressure ridge over the Southeast migrated westward as an upper-level low pressure trough shifted to the East Coast, setting  up a ridge over the southern to central Plains by the end of the week. Another upper-level low moved into the Southwest with a ridge setting up over the Northwest, resulting in a classic split flow in the weekly charts over the Pacific Northwest. As a result of this pattern, the Southeast and Pacific Northwest to northern Plains were warmer and drier than normal, while the Southwest and Great Lakes to New England were cooler than normal.

Fronts and surface lows moving in this transitional pattern brought above-normal precipitation to parts of California-Nevada, the southern and central High Plains to Mid-Mississippi Valley, and Mid-Atlantic to Northeast. Drought expansion outweighed drought contraction this week, with drought and abnormal dryness expanding in the Southeast, coastal Northwest, northern Plains, and South Texas.

Abnormal dryness and drought are currently affecting over 45 million people across the United States—about 14.6% of the country’s population. 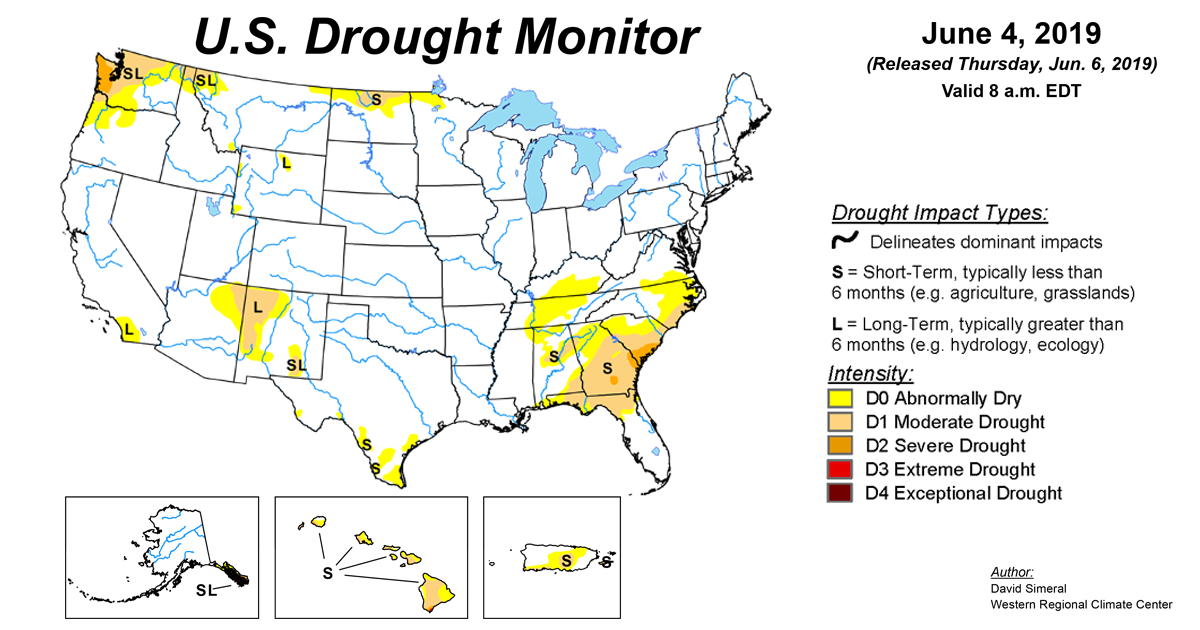 According to the November 6 U.S. Drought Monitor, moderate to exceptional drought covers 18.1% of the United States.

During September, the average contiguous U.S. temperature was 66.3°F, 1.4°F above average.

According to the April 14 U.S. Drought Monitor, moderate to exceptional drought covers 12.1% of the United States including Puerto Rico.