A trio of upper-level low pressure systems dominated the atmospheric circulation over North America during this U.S. Drought Monitor (USDM) week (June 1-7). One was located over the eastern North Pacific, another over southern Canada, and the third over the North Atlantic.  Several Pacific weather systems, with their surface lows and fronts, moved across the contiguous U.S. (CONUS) along the southern periphery of this upper-level low pressure triumvirate. Under this scenario, cooler-than-normal air dominated the northern to central Great Plains. Pockets of warmer-than-normal air characterized the week over parts of the Southwest, southern Plains, and East.

The Pacific weather systems brought above-normal precipitation to northern California, the Pacific Northwest, and western parts of the northern Plains. Some of the fronts and surface lows tapped Gulf of Mexico moisture to spread above-normal precipitation across parts of the southern and central Plains and Tennessee and Ohio Valleys. A tropical system, that would later become Tropical Storm Alex, drenched southern Florida with heavy rain, while trade-wind showers brought rain to parts of Hawaii.

In between these diverse weather systems, the week was drier than normal, especially across the Southwest, northern Plains, Gulf of Mexico Coast, and much of the East Coast states. It was also a dry week in parts of the Caribbean. Much of the precipitation fell over drought areas, contracting or lessening the intensity of drought in the Pacific Northwest, northern Rockies, parts of the Great Plains, and in Hawaii. Continued dryness expanded or intensified drought and abnormal dryness in parts of the Southwest, southern Plains, East Coast states, Alaska, and Puerto Rico. Contraction exceeded expansion, with the nationwide moderate to exceptional drought area continuing to decrease this week.

Abnormal dryness and drought are currently affecting over 122 million people across the United States including Puerto Rico—about 39.2% of the population. 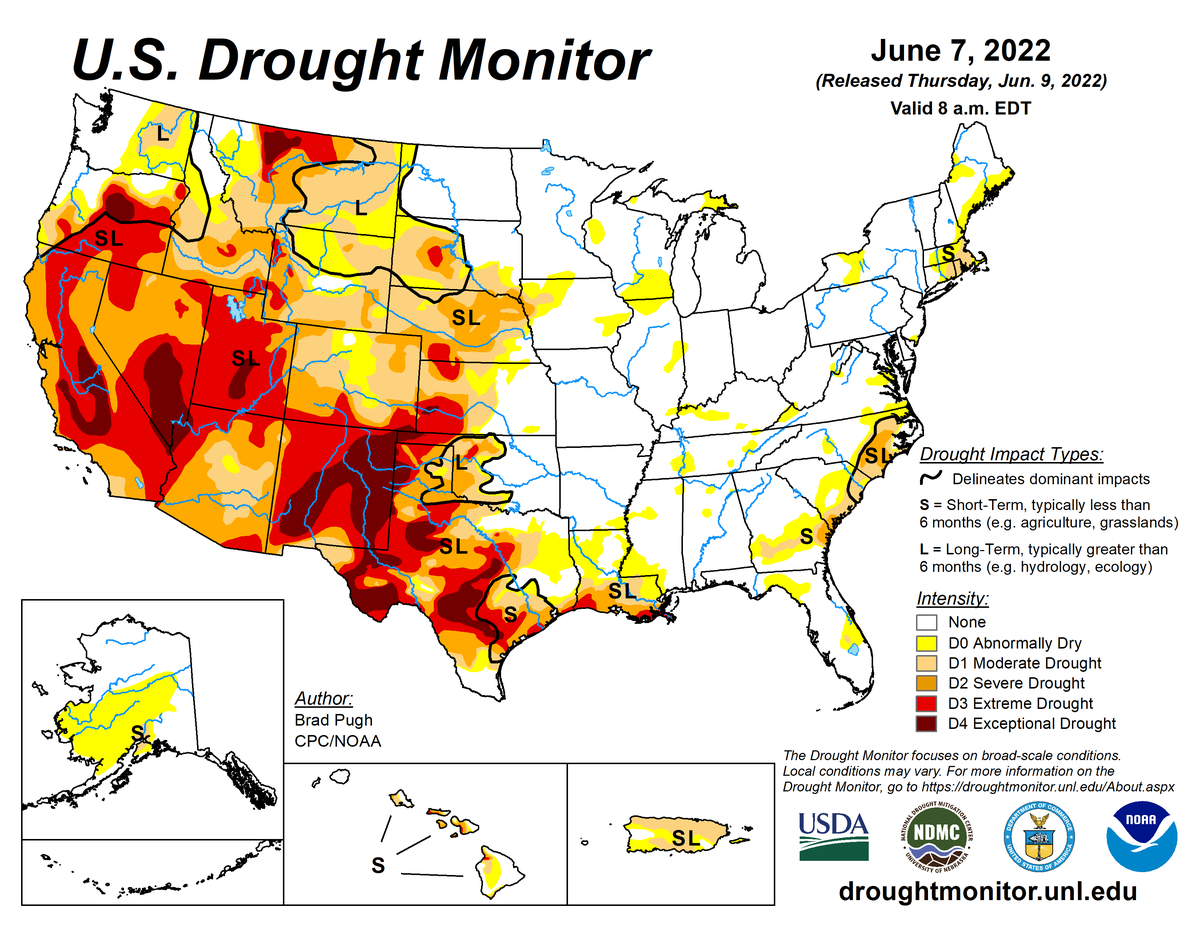