According to the June 9, 2020, U.S. Drought Monitor, moderate to extreme drought covers 17.9% of the United States including Puerto Rico, an increase from last week’s 16.7%. The worst drought categories (extreme to exceptional drought) increased from 1.1% last week to 1.5% this week.

The ridge brought warmer-than-normal temperatures to most of the country east of the Rockies, while the upper-level low kept temperatures cooler than normal over the West. As the upper-level low and its surface low and fronts moved eastward, it left above-normal precipitation over parts of the Rockies and northern Plains, while Cristobal gave the central to eastern Gulf coast and Lower to Mid-Mississippi Valley above-normal precipitation for the week. Otherwise, the ridge inhibited precipitation and left much of the rest of the country drier than normal.

Drought and abnormal dryness contracted where it rained along the Gulf of Mexico coast and in parts of the Pacific Northwest and northern Plains, but expanded in other parts of the West, across much of the southern to central High Plains, and in the Northeast and Puerto Rico. Expansion outweighed contraction this week, with the national drought footprint growing to 17.9% of the United States.

Abnormal dryness and drought are currently affecting over 54 million people across the United States including Puerto Rico—about 17.6% of the population. 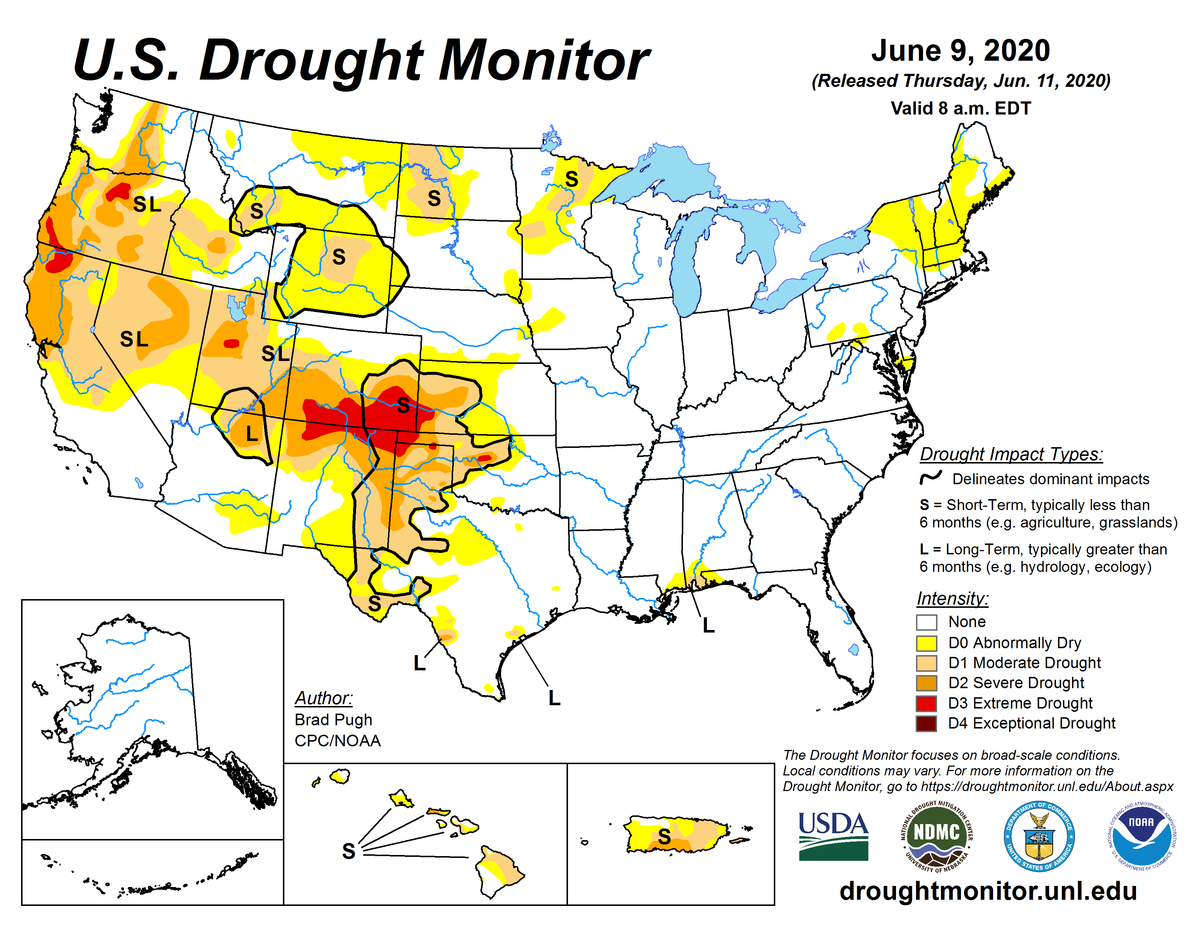 According to the July 20, 2021, U.S. Drought Monitor, moderate to exceptional drought covers 40.1% of the United States

According to the July 21, 2020, U.S. Drought Monitor moderate to extreme drought covers 26.3% of the United States including