According to the March 10, 2020, U.S. Drought Monitor, moderate to extreme drought covers 10.8% of the United States including Puerto Rico, an increase from last week’s 9.6%. The worst drought categories (extreme to exceptional drought) remained the same at 0.4%.

Low pressure systems and their associated surface fronts departed the eastern contiguous U.S. at the beginning of the week with another one approaching the western United States at the end of the week. This pattern amplified an upper-level ridge over the central United States. As a result, temperatures were warmer than normal across most of the country, and precipitation was above normal from southern New Mexico to South Carolina and from northern Missouri to the Great Lakes.

But the rest of the contiguous U.S. fell outside of these storm tracks, so the week was drier than normal across most of the West, the Gulf of Mexico coast, and much of the Great Plains, Tennessee Valley, and Mid-Atlantic to New England regions. Drought or abnormal dryness contracted across southern parts of New Mexico and western Texas, but expanded across parts of the Gulf Coast and Far West. With drought expansion outpacing contraction, the national drought footprint expanded this week.

Abnormal dryness and drought are currently affecting over 62 million people across the United States including Puerto Rico—about 20.0% of the population. 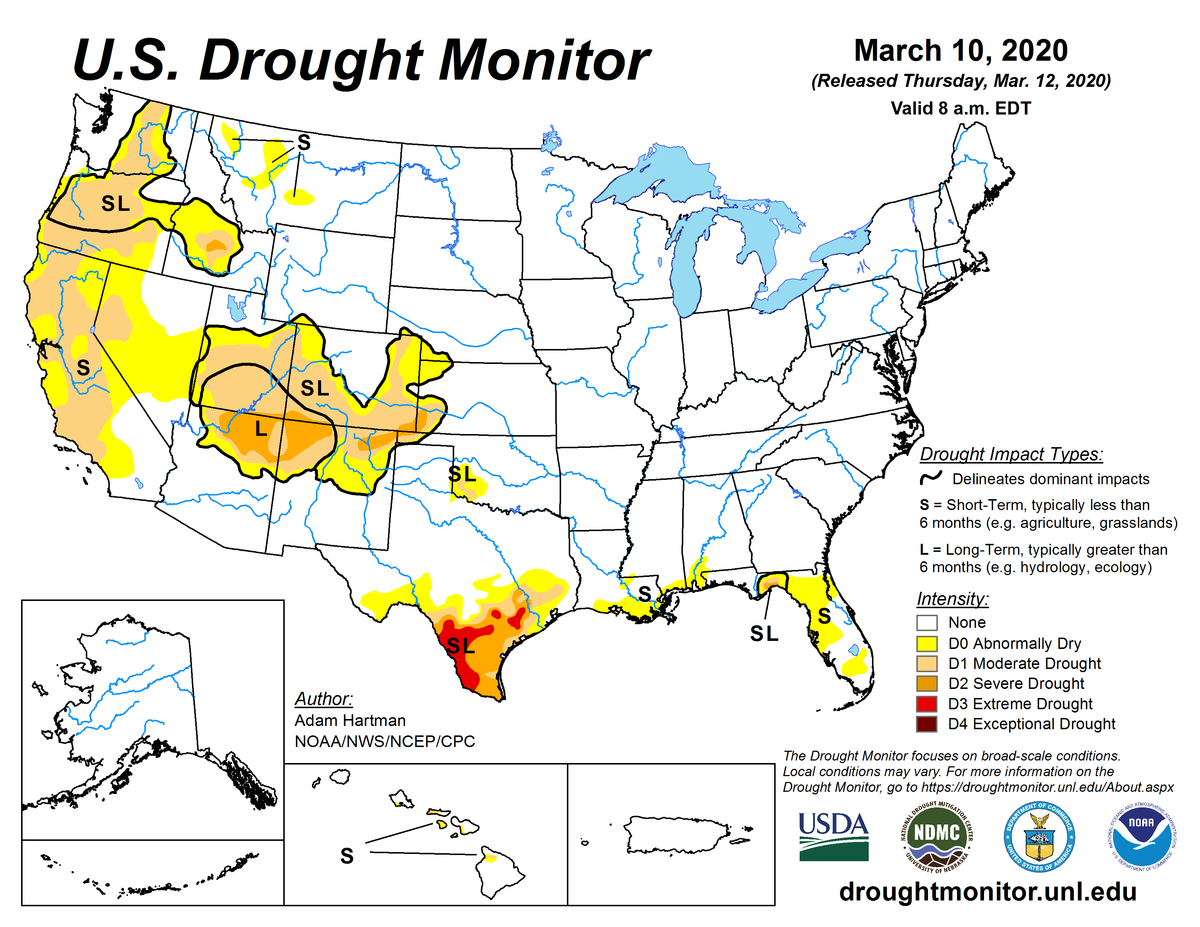 One of NCEI’s most popular datasets has undergone improvements to generate better reports about local climate conditions.

According to the July 17 U.S. Drought Monitor, moderate to exceptional drought covers 26.3% of the United States.

According to the June 5 U.S. Drought Monitor, moderate to exceptional drought covers 22.6% of the United States.

According to the November 12 U.S. Drought Monitor, moderate to extreme drought covers 12.9% of the United States including Puerto Rico.