Several Pacific weather systems moved through the jet stream flow across the contiguous United States. The first tracked across the Great Lakes region at the beginning of the week, the second brought heavy snow and rain to the Southwest into the central Rockies and Plains beginning in the middle of the week, and the third moved into the West as the week ended. Each brought surface lows and trailing cold fronts which swept across the Lower 48 States.

When averaged for the week, these systems resulted in an upper-level longwave trough over the West and ridge over the East. Weekly average temperatures reflected this pattern with colder-than-normal temperatures over the West, especially the Southwest, and warmer-than-normal temperatures dominating the country east of the Rockies. The storm track resulted in above-normal precipitation in parts of the Southwest and across the central Rockies and Plains to the Ohio and Upper Mississippi Valleys.

The rest of the country was drier than normal for the week. The abundant precipitation caused considerable contraction of drought and abnormal dryness from the central Rockies to central Plains, while drought or abnormal dryness expanded in parts of the northern and southern Plains and a few areas in the Midwest and Southeast where prolonged dry conditions continued. Drought and abnormal dryness also shrank in parts of Puerto Rico where beneficial rains fell. Drought contraction was more than expansion, so the overall U.S. drought footprint decreased this week.

Abnormal dryness and drought are currently affecting over 141 million people across the United States including Puerto Rico—about 45.5% of the population. 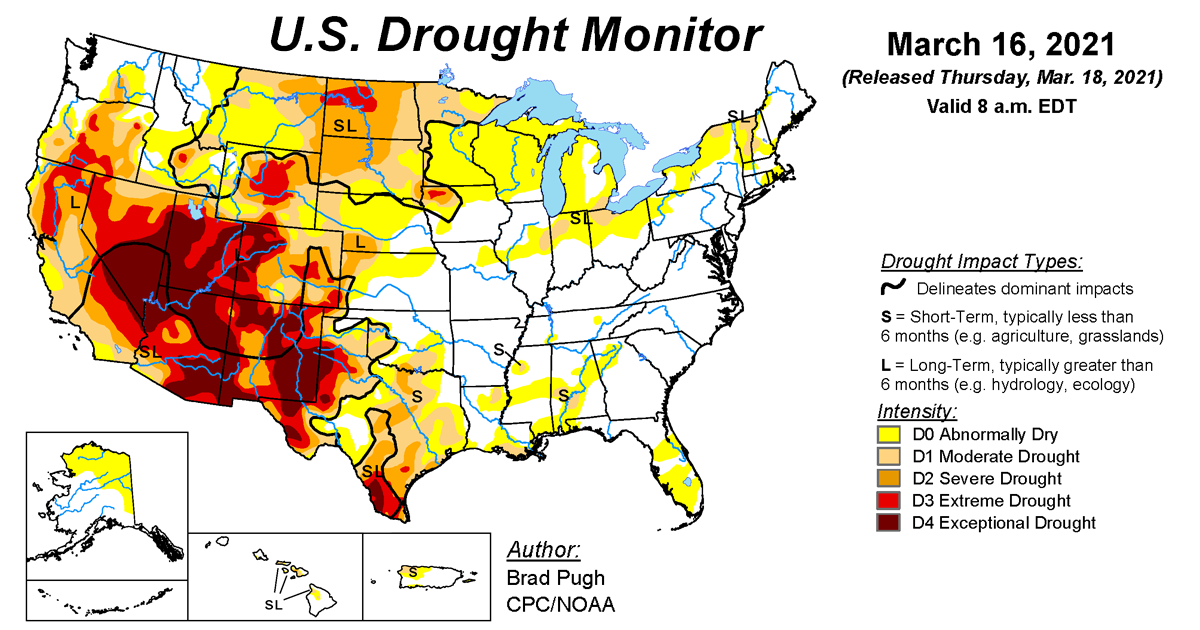