A strong trough along the West Coast funneled Pacific weather systems southward, where they circled around and slowly moved into the southwestern United States. Once they crossed the Rockies, the weather systems rapidly moved northeastward, but the cold fronts they dragged behind them stalled out across the southern Plains and Southeast when they bumped up against the Gulf of Mexico High. The result was a large area of above-normal precipitation across southern California and the Southwest, extending across northern Texas to the Tennessee and Ohio Valleys, and reaching into southern Idaho and central Montana. The Gulf of Mexico High kept the Gulf and East Coasts dry.

Other areas that missed out on the precipitation included much of the Pacific Northwest and parts of the northern Plains, southern Great Lakes, and Northeast. Drought or abnormal dryness expanded in the dry areas of the West, Gulf Coast, and Northeast, but contracted where it was wet in the Southwest, western Texas, and Oklahoma.

Abnormal dryness and drought are currently affecting over 85 million people across the United States including Puerto Rico—about 27.6% of the population. 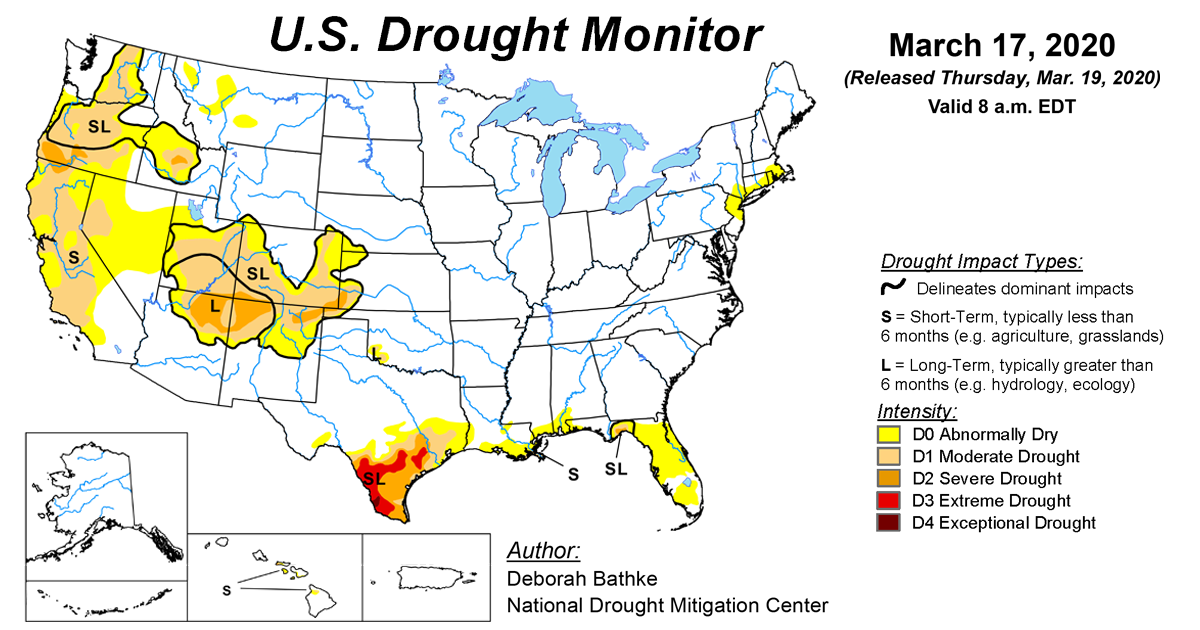