A complicated weather pattern dominated the upper-level circulation over the contiguous United States during this U.S. Drought Monitor week. An upper-level ridge that tried to establish itself over the central third of North America brought warmer-than-normal temperatures to the southern Plains of the Lower 48. But, large and powerful upper-level low pressure systems dominated the jet stream flow over the East Coast and West Coast.

Pacific weather systems moved out of the western low and dragged cold fronts across the contiguous United States before joining up with the eastern low to produce strong nor’easters. They kept temperatures colder than normal across much of the western and eastern Lower 48. The Pacific systems dropped above-normal precipitation across much of the West and central to northern Great Plains, and parts of the Southeast. But the storm track missed much of the Southwest to southern Plains, and Great Lakes to southern New England, where the week was drier than normal.

Drought and abnormal dryness contracted in the wet parts of the Plains and Southeast, but expanded and intensified in parts of the West, southern Plains, and western Great Lakes. The amount of drought contraction mostly equaled expansion, so the national drought footprint stayed the same, but the worst drought areas intensified in severity.

Abnormal dryness and drought are currently affecting nearly 108 million people across the United States—about 34.7% of the country’s population. 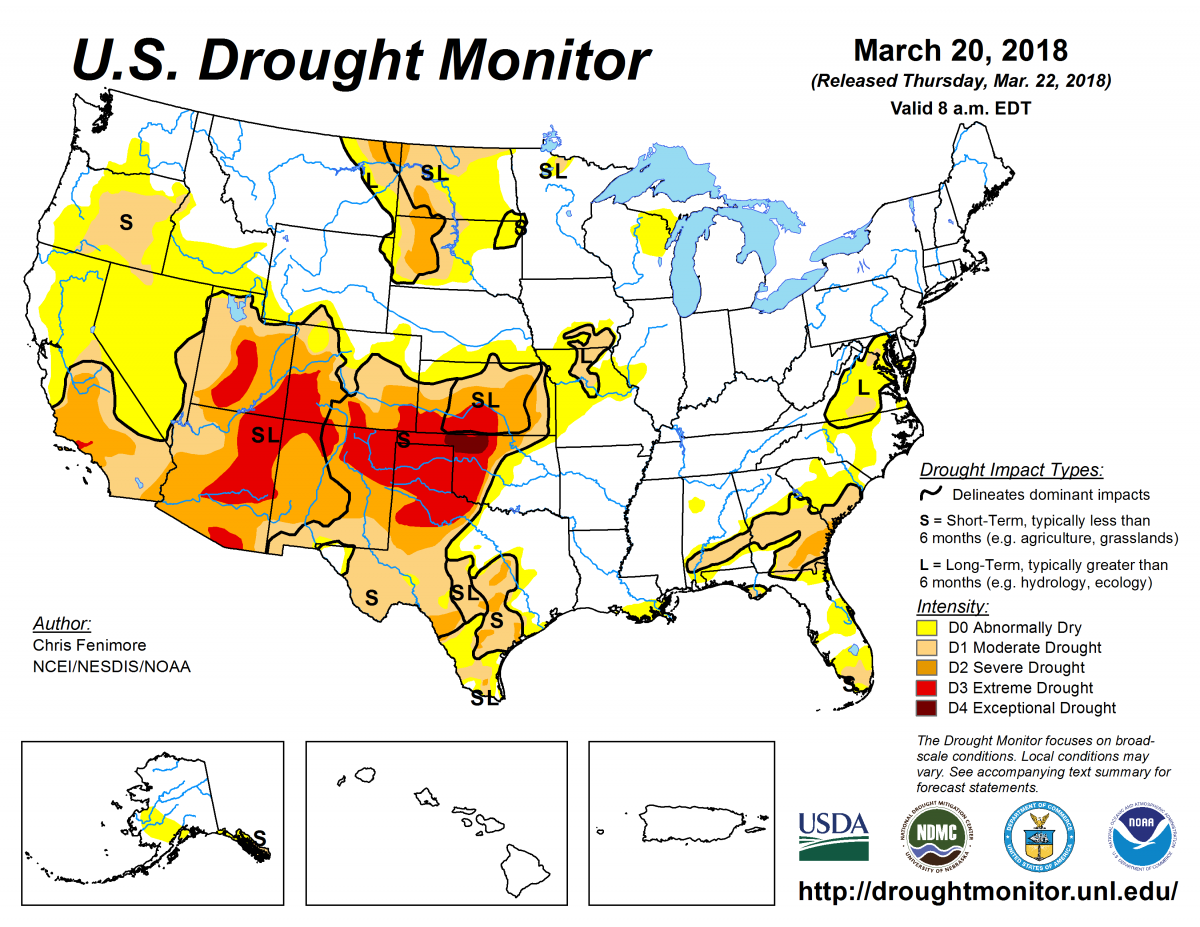 According to the December 12 U.S. Drought Monitor, moderate to extreme drought covers 23.9% of the contiguous U.S.

According to the November 12 U.S. Drought Monitor, moderate to extreme drought covers 12.9% of the United States including Puerto Rico.