Several Pacific weather systems moved through the jet stream flow across the contiguous United States. Some spread Pacific moisture across parts of the West, while others tapped Gulf of Mexico and Atlantic moisture to bring above-normal precipitation to the central Plains, Midwest, and Southeast. The storm track missed other parts of the country, resulting in a drier-than-normal week across much of the West, Rio Grande Valley, northern Plains, Great Lakes, New England, and Florida. The weather systems mostly tracked across the West and South, bringing cooler-than-normal temperatures to those regions. Upper-level ridging farther north brought warmer-than-normal temperatures to the northern Plains, Great Lakes, and Northeast.

The beneficial precipitation contracted drought and abnormal dryness in parts of the central Rockies and central Plains to Midwest and South, while drought or abnormal dryness expanded or intensified across parts of the Southwest, northern and southern Plains, and Great Lakes.  Drought contraction was more than expansion, so the overall U.S. drought footprint decreased this week.

Abnormal dryness and drought are currently affecting over 150million people across the United States including Puerto Rico—about 48.4% of the population. 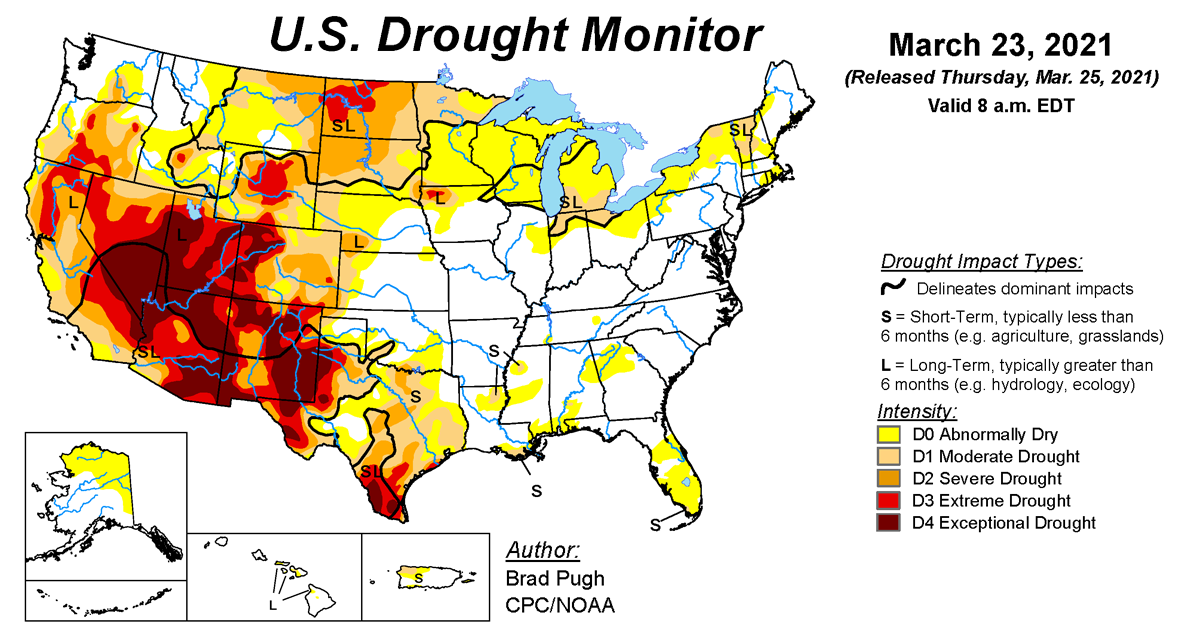 According to the September 10, 2019, U.S. Drought Monitor, moderate to extreme drought covers 14.3% of the United States

According to the February 23, 2021, U.S. Drought Monitor, moderate to exceptional drought covers 38.1% of the United States