The atmospheric circulation consisted of three main parts. The first part was a strong upper-level ridge over the eastern North Pacific that funneled warmer- and drier-than-normal air over Alaska. The second part was a deep trough of low pressure over the western contiguous United States. Pacific weather systems were pushed southward into the trough. They circled around in the trough and eventually moved eastward across the Southwest, where they brought above-normal precipitation and cooler-than-normal temperatures. The Pacific Northwest to northern Plains were drier than normal beneath the resulting northerly upper-level flow. The third part of the atmospheric circulation was a strong ridge of high pressure centered over the Gulf of Mexico that also extended along the East Coast. The ridge kept temperatures warmer than normal from Texas to the Northeast and precipitation below normal across the coastal Southeast.

Abnormal dryness and drought are currently affecting over 79 million people across the United States including Puerto Rico—about 25.6% of the population. 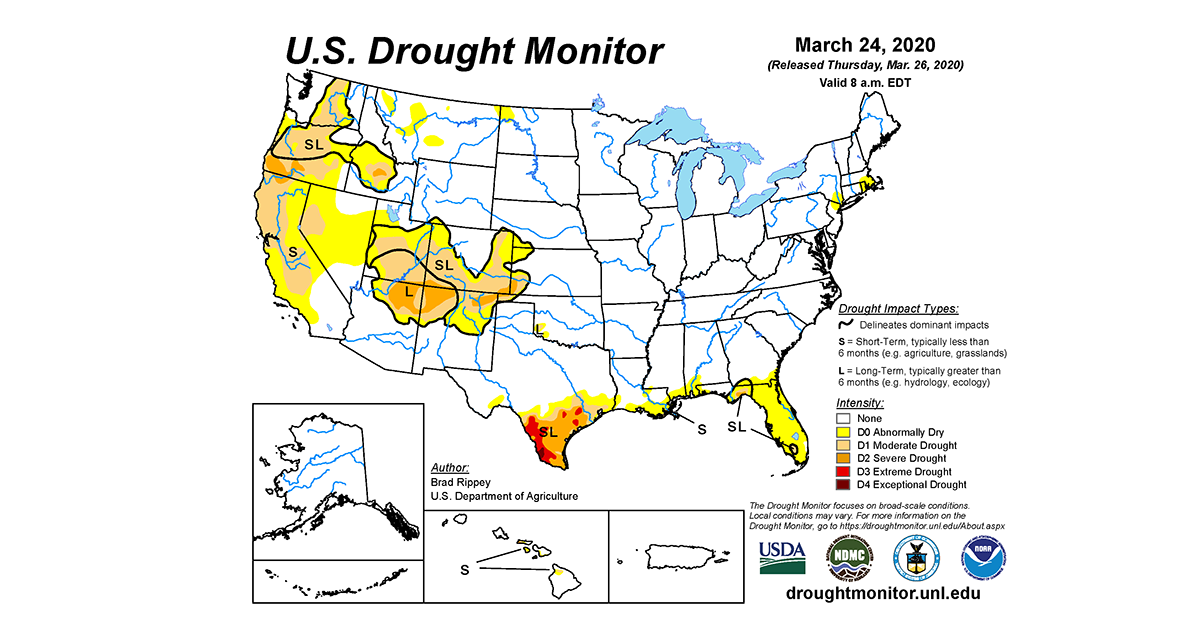 According to the March 3, 2020, U.S. Drought Monitor, moderate to extreme drought covers 9.6% of the United States including

According to the June 20, 2017, U.S. Drought Monitor, moderate to extreme drought covers 7.0% of the contiguous United States, a