The upper-level circulation pattern was a continuation of the pattern that has existed for much of the winter. Several Pacific weather systems moved through the jet stream flow across the contiguous United States. They tended to move southward and weaken over the West, and then were re-energized over the Plains and moved northeastward. This resulted in a long-wave trough in the upper levels over the West and a ridge over the East. The associated weekly temperature pattern was colder than normal in the West and warmer than normal east of the Rockies.

Drought expansion was more than contraction, so the overall U.S. drought footprint increased a little this week.

Abnormal dryness and drought are currently affecting over 148  million people across the United States including Puerto Rico—about 47.8% of the population. 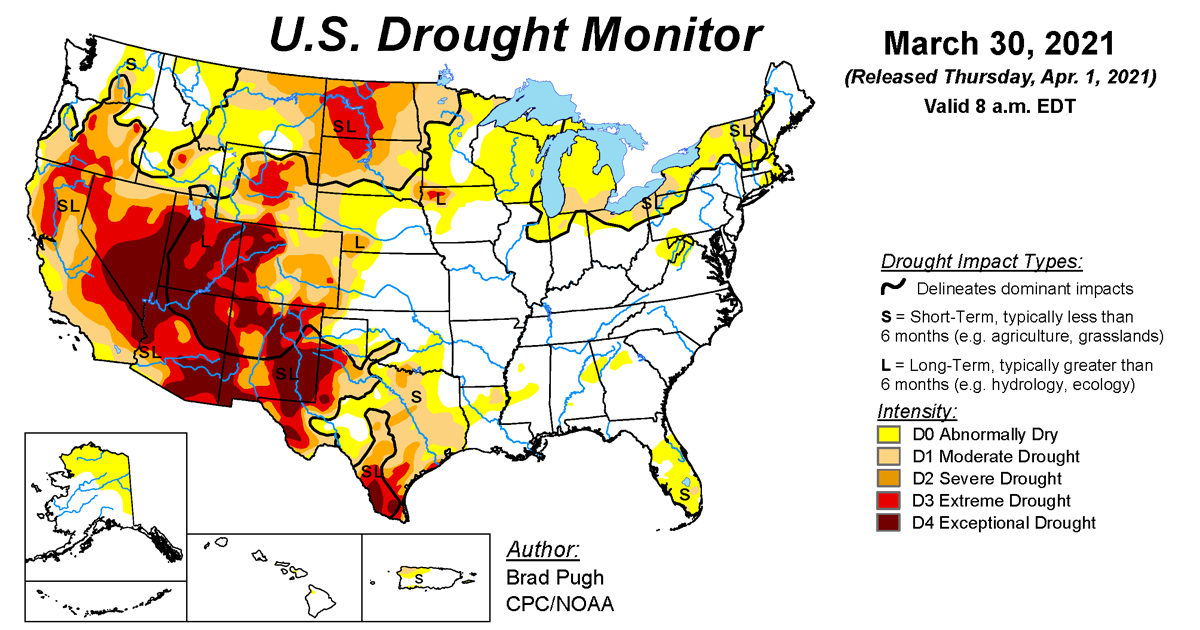 The contiguous United States just experienced its eighth warmest spring on record, with 19 states across the Rockies, Southern

According to the March 20, 2018, U.S. Drought Monitor, moderate to exceptional drought continued to cover 31.0% of the

According to the February 13, 2018, U.S. Drought Monitor, moderate to extreme drought covers 36.3% of the contiguous United