The atmospheric circulation was a continuation of the pattern that has dominated for the last several weeks. A deep upper-level trough of low pressure was anchored over the western contiguous United States while a strong ridge of high pressure centered over the Gulf of Mexico extended into the southern Plains and Southeast. Pacific weather systems were pushed southward into the trough. They circled around in the trough and eventually moved eastward across the Southwest, then tracked across the Tennessee Valley or farther north toward the Great Lakes. The weather systems brought above-normal precipitation to parts of the Pacific Northwest, Great Basin, central Plains to Great Lakes, and Mid-Mississippi Valley to Carolina Coast.

Other parts of the West and Plains were drier than normal, owing to the path of the storm track, and the Gulf of Mexico coast was dry under the influence of the subtropical High. The western trough kept temperatures cooler than normal from the Rockies westward, while the week averaged warmer than normal east of the Rockies. The dry weather in the West and Gulf Coast prompted expansion of drought and abnormal dryness.

Abnormal dryness and drought are currently affecting over 74 million people across the United States including Puerto Rico—about 23.9% of the population. 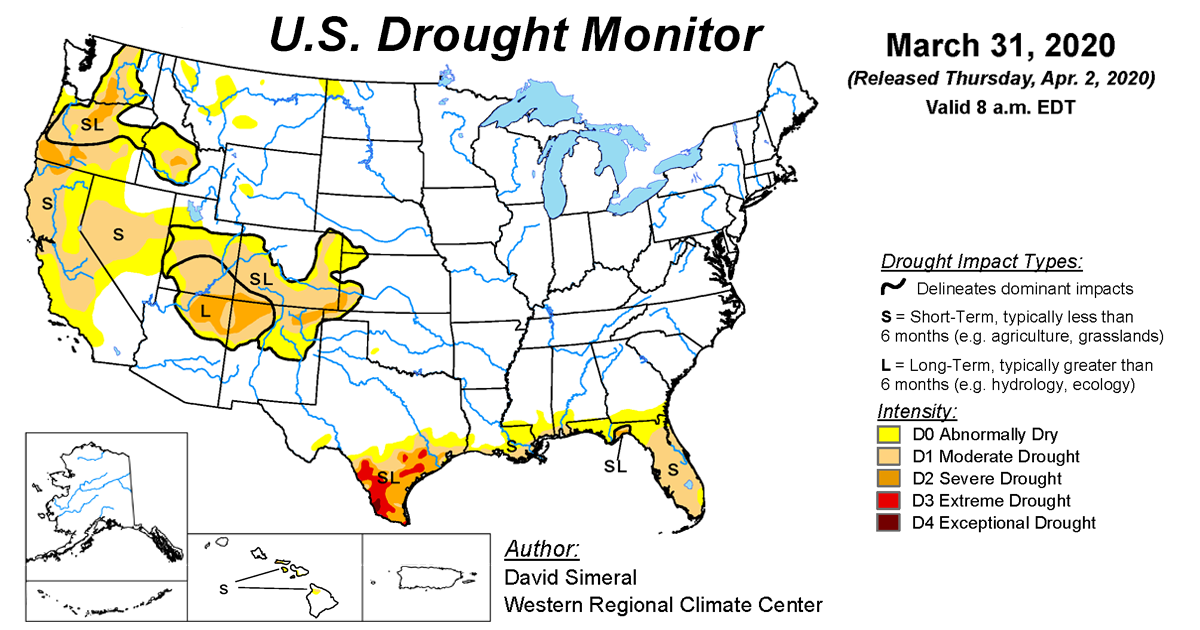 According to the November 13, 2018, U.S. Drought Monitor, moderate to exceptional drought covers 17.9% of the United States, a