A fast-moving westerly flow dominated the upper-level circulation during this USDM week. Pacific weather systems moving in this flow gave parts of the West above-normal precipitation, with Washington, Arizona, New Mexico, and much of Wyoming remaining mostly dry. The weather systems dried out as they crossed the Rockies, and the westerly flow blocked Gulf of Mexico moisture, so the Plains to Midwest were also drier than normal.

Low pressure systems developed along cold fronts that were draped across the South, and these were able to tap Gulf and Atlantic moisture to bring above-normal precipitation to the Southeast and Mid-Atlantic regions. The circulation shifted later in the week, allowing colder Canadian air to pour across the Plains and into the South, keeping below-normal temperatures across the Plains and northern states, with only the Southwest and Southeast averaging warmer than normal for the week.

Abnormal dryness and drought are currently affecting over 39 million people across the United States—about 12.7% of the country’s population. 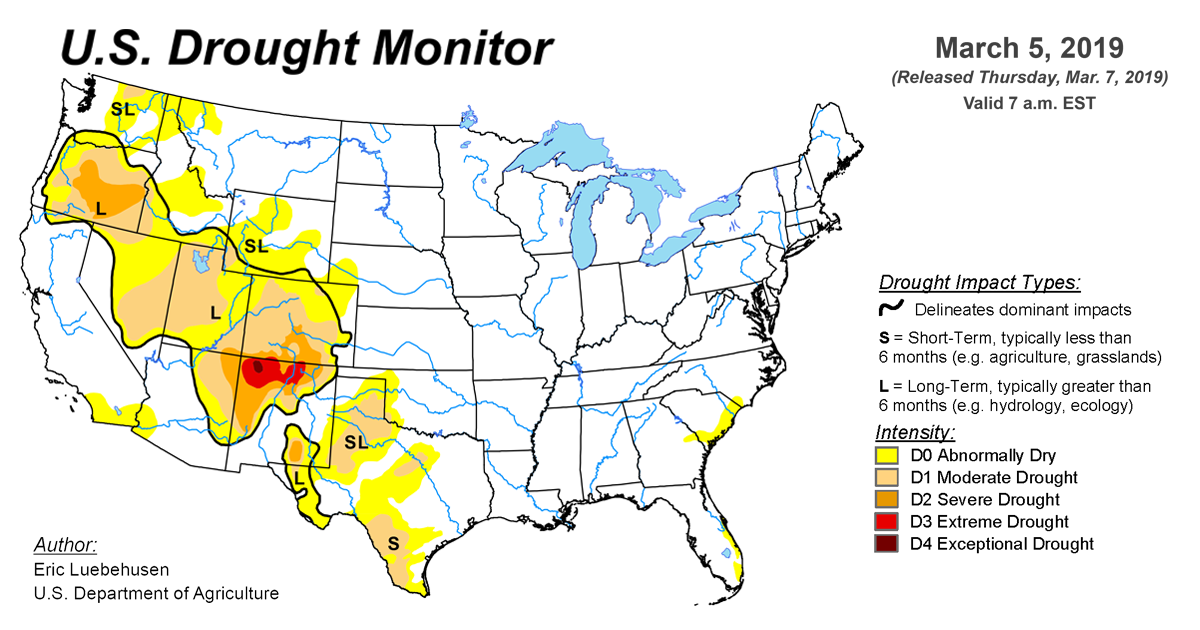 According to the March 9, 2021, U.S. Drought Monitor, moderate to exceptional drought covers 39.1% of the United States