According to the March 7, 2017, U.S. Drought Monitor, moderate to extreme drought covers 14.9% of the contiguous United States, an increase from last week’s 14.1%. Areas in extreme drought held steady at around 0.5%. No areas were in exceptional drought, the worst category.

A strong cold front and low pressure system brought precipitation to parts of the eastern United States early during this U.S. Drought Monitor week, while a second one moved across the West and into the Plains at the end of the week. Dry high pressure dominated the country in between these two systems.

Precipitation was above normal across southern Texas, from the Mid-Mississippi Valley to Great Lakes, and across parts of the Northwest to Northern Plains. But, it was drier than normal across the rest of the contiguous United States. An upper-level trough kept temperatures cooler than normal in the West while upper-level ridges brought warmer-than-normal temperatures to the central contiguous United States. 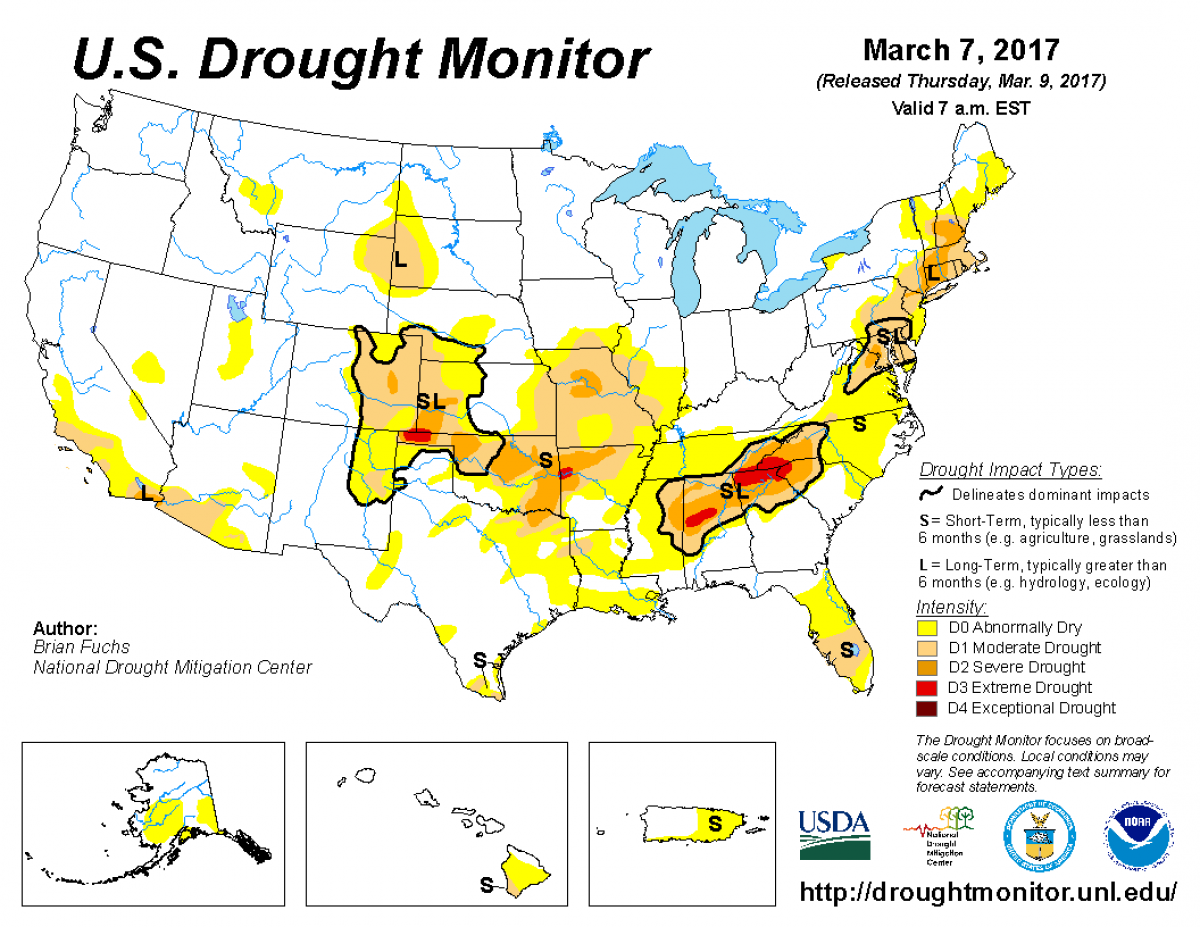 During April, the average contiguous U.S. temperature was 53.8°F—2.7°F above the 20th century average.

According to the July 9 U.S. Drought Monitor, moderate to extreme drought covers 3.6% of the United States including Puerto Rico.

According to the May 15 U.S. Drought Monitor, moderate to exceptional drought covers 28.3% of the contiguous U.S.

Pack rats gather plant materials and accumulate them in dry caves and crevices, where they are preserved for thousands of years.