According to the May 1, 2018, U.S. Drought Monitor, moderate to exceptional drought covers 28.6% of the contiguous United States, a slight decrease from last week’s 29.0%. Extreme and exceptional drought—the worst categories—expanded to cover 8.9% of the Lower 48, up from 8.5% last week.

A series of storm systems tracked across the continental United States bringing beneficial rains to portions of the East Coast during the U.S. Drought Monitor week. Regionally, improvements occurred in the Mid-Atlantic, Northeast, and South, primarily in Virginia, South Carolina, Georgia, and Florida.

In the West, storm systems brought rain and mountain snow to higher elevations as well as cooler temperatures to the northern half of the region coming into the weekend. This happened after a period of record-setting warmth across parts of the West. However, storm systems steered north of drought-stricken areas of the Southwest that saw further deterioration, particularly in western Arizona.

In the southern Plains, light showers provided some minor relief to dry pasture and rangelands as well as helped to reduce wildlife danger. In Texas, some isolated heavy rainfall brought relief to the western Panhandle and Trans-Pecos regions.

Abnormal dryness and drought are currently affecting just fewer than 91 million people across the United States—about 29.2% of the country’s population. 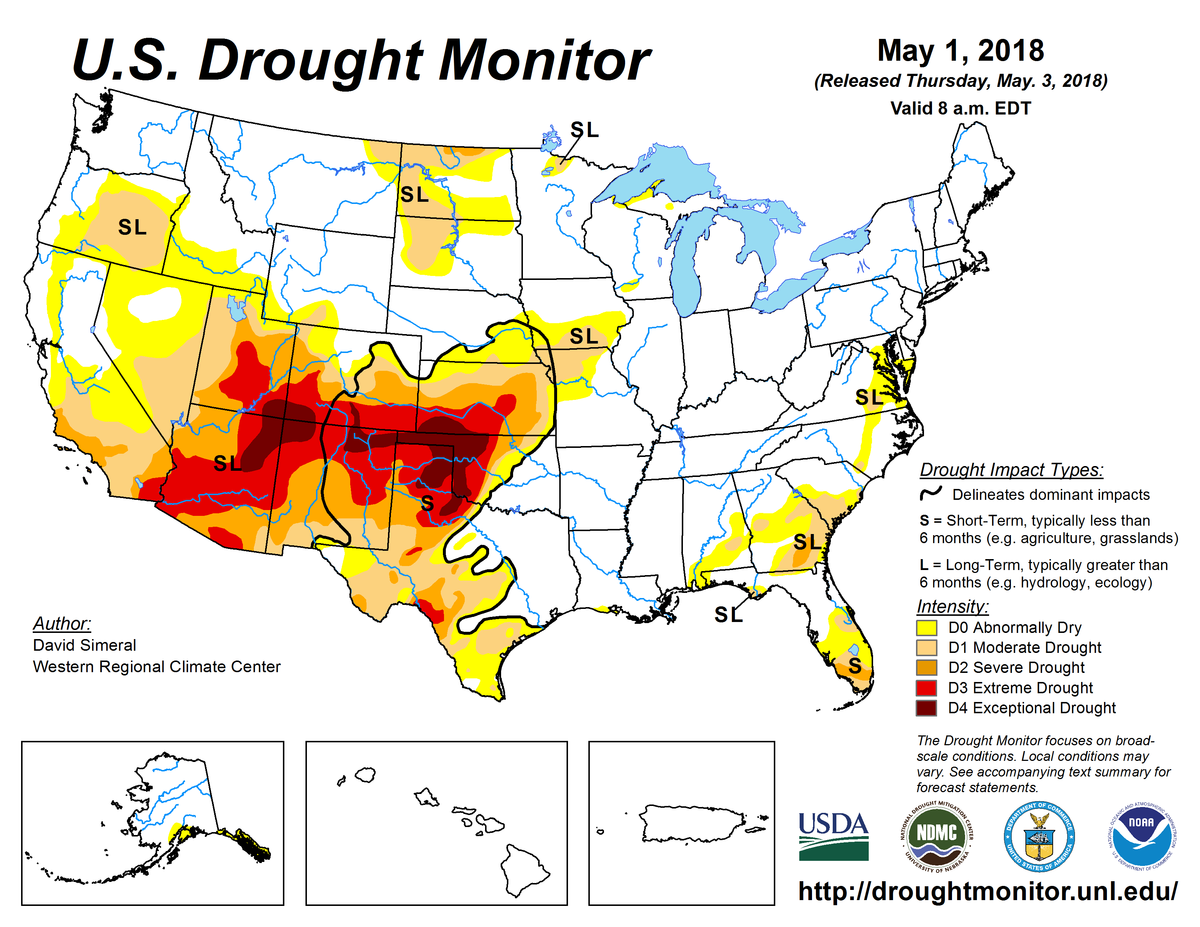 According to the December 24 U.S. Drought Monitor, moderate to extreme drought covers 10.5% of the United States including Puerto Rico.

Each week, dozens of indicators and hundreds of on-the-ground observers contribute to the creation of the U.S. Drought Monitor.

According to the July 2 U.S. Drought Monitor, moderate to extreme drought covers 3.3% of the United States and Puerto Rico.