According to the May 15, 2018, U.S. Drought Monitor, moderate to exceptional drought covers 28.3% of the contiguous United States, an increase from last week’s 27.7%. Extreme and exceptional drought—the worst categories—expanded slightly to cover 9.5% of the Lower 48, up from 9.3% last week.

A broad-scale ridge in the upper atmosphere continued to dominate the weather over the contiguous United States during this U.S. Drought Monitor week, bringing above-normal temperatures and below-normal or no precipitation to much of the country. Upper-level weather systems slogged through the ridge, with the main storm track keeping mostly to the northern states and southern Canada.

Cold fronts associated with these systems were able to bring cooler-than-normal weather to the northern Plains to Upper Midwest, but they stalled out when they reached the central Plains to Mid-Atlantic regions. Above-normal precipitation fell along the stalled frontal boundary.

One large upper-level Pacific weather system slammed into the western ridge and stalled out, bringing above-normal precipitation and cooler temperatures from the Great Basin to northern High Plains. Meanwhile, another low pressure system slowly swirled in the eastern Gulf of Mexico, drenching Florida with above-normal precipitation and keeping temperatures cooler than normal. By the end of this U.S. Drought Monitor week, this system was poised to funnel soaking rains further into the Southeast.

Drought and abnormal dryness contracted this week in the central Plains, Florida, and Idaho where above-normal precipitation fell, but expanded and intensified in parts of the West, southern and northern Plains to Upper Mississippi Valley, Alabama, and along the western Gulf of Mexico coast.

Abnormal dryness and drought are currently affecting over 92 million people across the United States—about 29.6% of the country’s population. 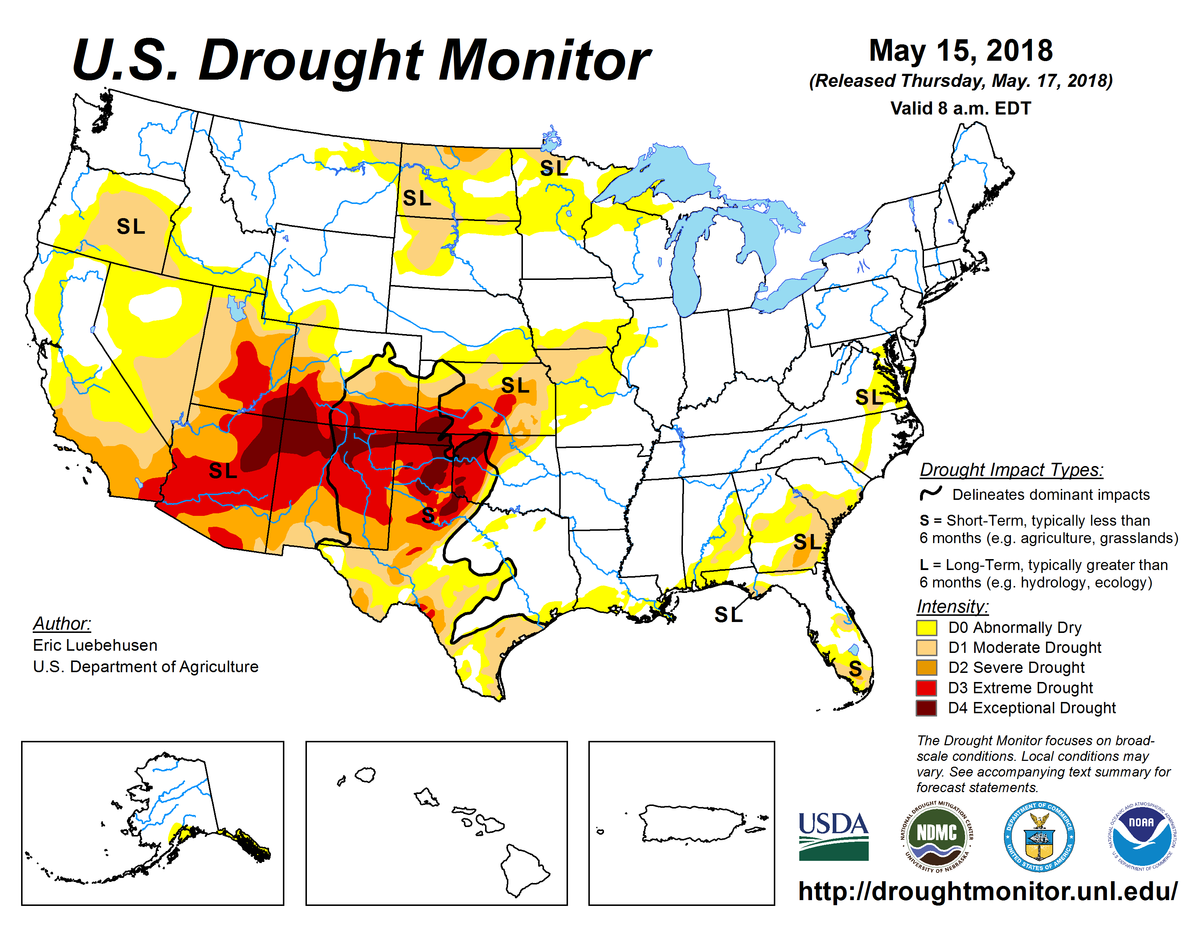 According to the January 31, 2017, U.S. Drought Monitor, moderate to exceptional drought covers 14.6% of the contiguous United

According to the September 21, 2021, U.S. Drought Monitor, moderate to exceptional drought covers 39.0% of the United States