In the upper levels of the atmosphere, a strong ridge of high pressure dominated the contiguous United States (CONUS), from the southern Plains to Northeast, at the beginning of this U.S. Drought Monitor (USDM) week, while an upper-level trough dominated the West. The trough moved east as the week progressed, dragging a surface low pressure system and cold fronts across the northern Plains to Great Lakes, while another upper-level low moved over the Southeast and weakened.

Weekly temperatures averaged much warmer than normal beneath the ridge and cooler than normal in the West beneath the trough. The fronts, lows, and upper-level troughs brought above-normal precipitation to parts of the Pacific Northwest, northern Plains to western Great Lakes, and spotty areas in the South, New England, and along the Atlantic Coast. The week was drier than normal across the rest of the CONUS.

The continued lack of precipitation further dried soils, lowered stream levels, and stressed crops and other vegetation, while the excessively warm temperatures increased evapotranspiration and added to the stress. Drought or abnormal dryness contracted where precipitation was above normal, especially in the Northwest, northern Plains, and Mid-Atlantic. Drought or abnormal dryness expanded or intensified where it continued dry, especially in the Southwest, southern to central Plains, Southeast, and parts of the Northeast. Contraction exceeded expansion, with the nationwide moderate to exceptional drought area decreasing this week, but the area with the most intense drought (extreme to exceptional drought) increased again this week.

Abnormal dryness and drought are currently affecting over 138 million people across the United States including Puerto Rico—about 44.6% of the population. 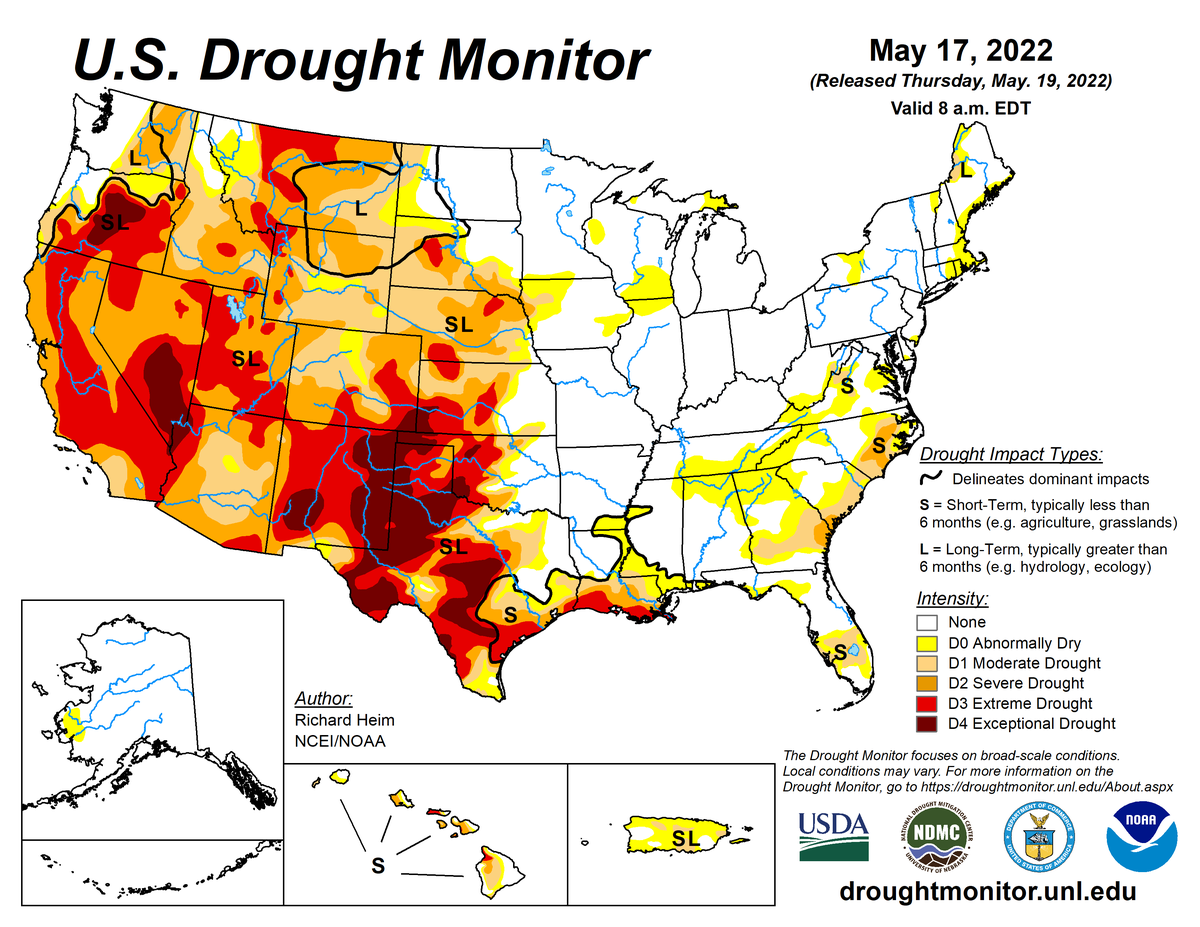