The atmospheric circulation across the contiguous United States shifted, transitioning from an upper-level ridge in the West and trough in the East at the beginning of the week to a ridge across much of the country with a trough moving into the West at the end of the week. When averaged across the week, the circulation pattern had the ridge dominating in the West with warmer-than-normal temperatures and the trough dominating in the East with cooler-than-normal temperatures. Pacific weather systems, with their surface fronts and lows, weakened and dried out as they moved through the western ridge. They tapped Gulf of Mexico moisture as they reached the Plains. However, most of the precipitation was limited to the southern and central Plains, along the Gulf Coast, in a strip bisecting the Mid-Mississippi Valley, and parts of Nevada.

The rest of the contiguous United States was drier than normal. Abundant rain fell across several drought areas, so drought or abnormal dryness contracted across much of the southern to central Great Plains. But drought or abnormal dryness expanded or intensified across parts of the West, northern Plains, Great Lakes, and Mid-Atlantic States. Contraction exceeded expansion, so the moderate to exceptional drought area shrank this week. 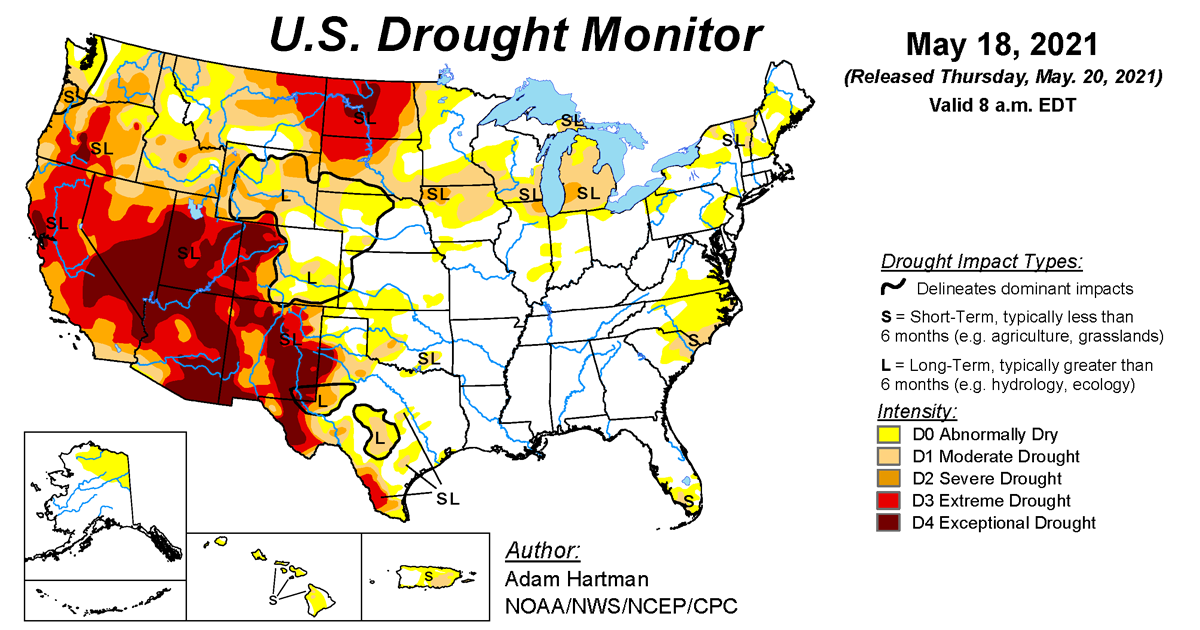 According to the April 4, 2017, U.S. Drought Monitor, moderate to extreme drought covers 9.8% of the contiguous United States, a