According to the May 22, 2018, U.S. Drought Monitor, moderate to exceptional drought covers 26.7% of the contiguous United States, a decrease from last week’s 28.3%. Extreme and exceptional drought—the worst categories—also contracted slightly to cover 9.4% of the Lower 48, down from 9.5% last week.

Like the previous two weeks, a broad-scale ridge in the upper atmosphere continued to dominate the weather over the contiguous United States during this U.S. Drought Monitor week, bringing another week of above-normal temperatures to much of the country. Upper-level weather systems slogged through the ridge, dragging fronts along with them which generally stalled out across the middle of the Lower 48, while the main storm track mostly stayed to the north in Canada.

Abnormal dryness and drought are currently affecting nearly 83 million people across the United States—about 26.6% of the country’s population. 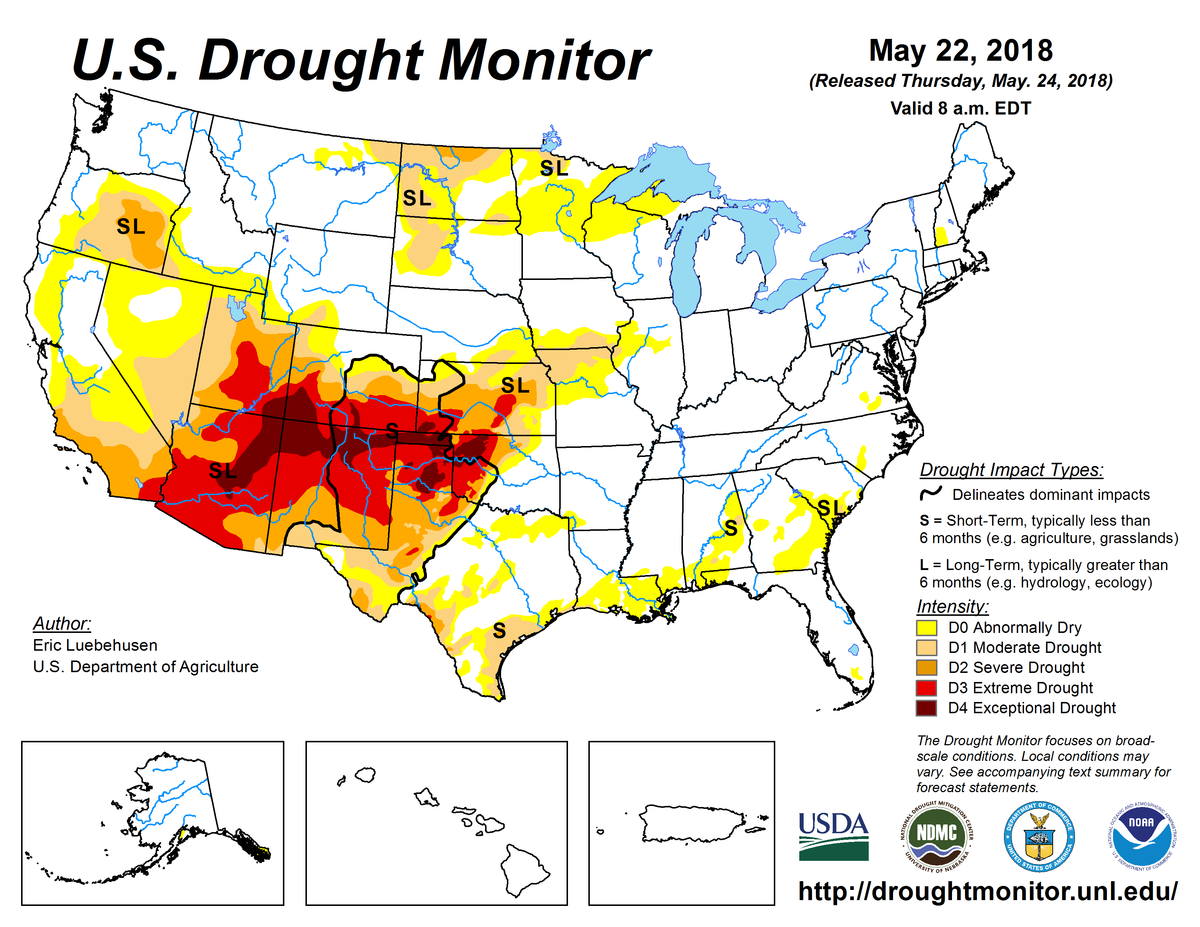