A strong upper-level trough moved across the contiguous U.S. during the week. Surface low pressure systems and cold fronts were associated with this complex trough. They tapped Gulf of Mexico moisture to spread above-normal precipitation across parts of the Plains, Midwest, Southeast, and Mid-Atlantic Coast, and locally heavy snow across parts of Colorado. One of the fronts moved very slowly across the southern Plains near the end of the week, dumping locally heavy rain on parts of Oklahoma and Texas. Precipitation also fell across parts of the Pacific Northwest, North Dakota, and western Great Lakes.

Most of the West was drier than normal, with much of the area from Oregon to California and southern Idaho to New Mexico receiving little to no precipitation. Weekly temperatures averaged below normal behind the fronts from the Pacific Northwest to Great Lakes and from the northern Rockies to Mid-Mississippi Valley. Temperatures averaged warmer than normal across the eastern third of the contiguous U.S. and from California to Texas. The continued lack of precipitation in the dry areas further dried soils, lowered stream levels, and stressed crops and other vegetation, while the warmer-than-normal temperatures increased evapotranspiration that added to the stress caused by lack of precipitation. But widespread heavy rain fell across several drought areas, contracting drought and abnormal dryness, especially in the central to southern Plains, Lower Mississippi Valley, Southeast, and Mid-Atlantic states.

Drought and abnormal dryness also shrank in the Pacific Northwest where drought indicators showed improving conditions.  Drought or abnormal dryness expanded or intensified where it continued dry, especially in southern parts of the West, in the Ohio and Tennessee Valleys, and parts of southern New England. Contraction exceeded expansion, with the nationwide moderate to exceptional drought area decreasing this week.

Abnormal dryness and drought are currently affecting over 135million people across the United States including Puerto Rico—about 43.4% of the population. 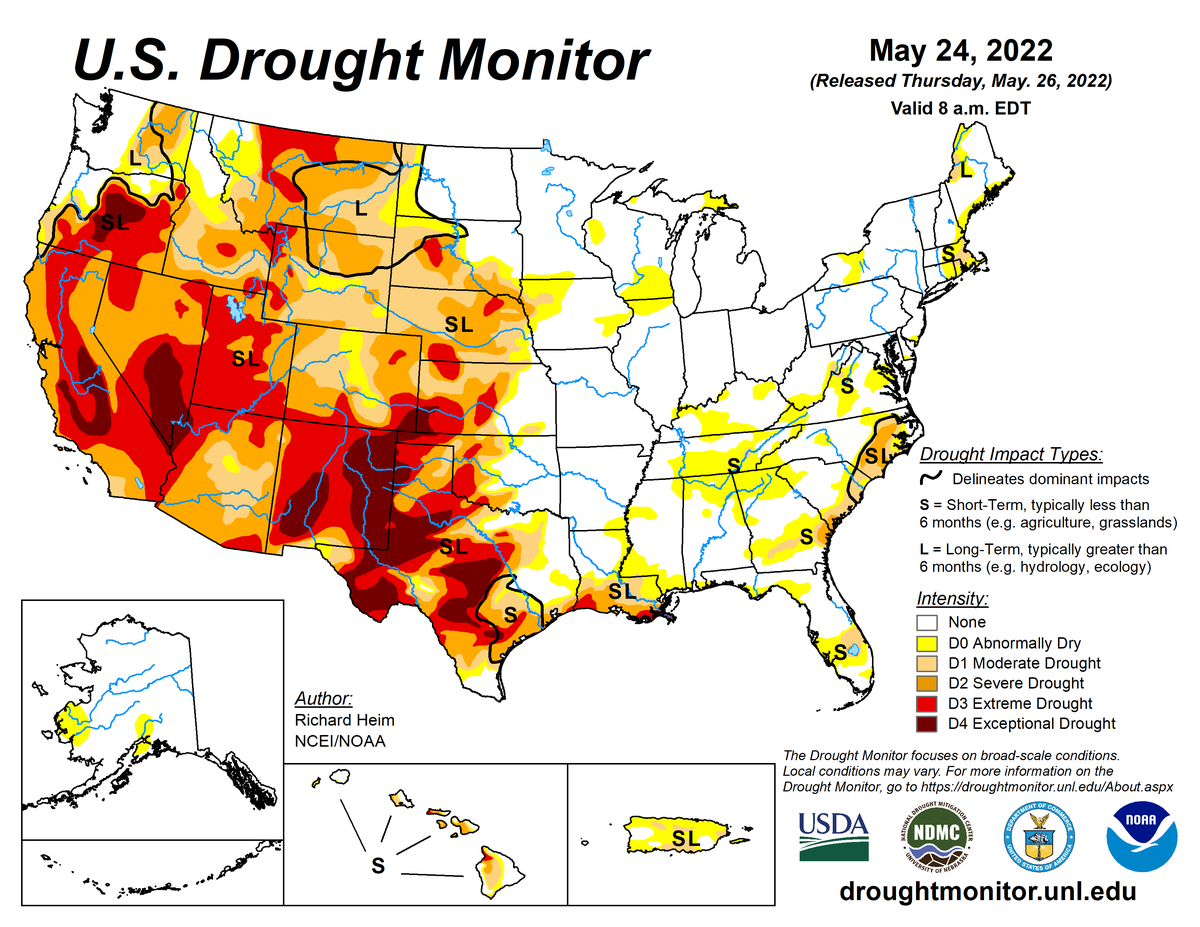 To give you a better idea of the coldest time of year, on average, for your area, NCEI has created “Coldest Day of the Year”