A strong meridional wave pattern became entrenched in the atmospheric circulation Over the contiguous United States, the wave pattern consisted of an upper-level trough over the West and ridge over the East. But the pattern extended over the oceans with a ridge over the eastern Pacific and a trough over the Atlantic off the East Coast. Pacific weather systems moving through this wave pattern tracked along the North American coast, then plunged southward into the western contiguous United States where they stayed for a few days, blocked by the eastern ridge. Eventually they rotated northeastward into central Canada.

Surface fronts and lows moved eastward as far as the Plains, then stalled out. This resulted in areas of above-normal precipitation across the West and Plains into the Upper Mississippi Valley, while most of the country east of the Mississippi River was dry. Weekly temperatures were cooler than normal beneath the trough in the West, warmer than normal from the northern Plains to Northeast, and near to cooler than normal along the Gulf of Mexico Coast.

Drought or abnormal dryness contracted where welcome rain fell across parts of the Rockies to Plains. But drought or abnormal dryness expanded or intensified across other parts of the West and northern Plains in areas missed by the rain, and especially in the Mid-Atlantic and Northeast states and Florida beneath the ridge. Contraction exceeded expansion, so the nationwide moderate to exceptional drought area shrank this week.

Abnormal dryness and drought are currently affecting over 175  million people across the United States including Puerto Rico—about 56.4% of the population. 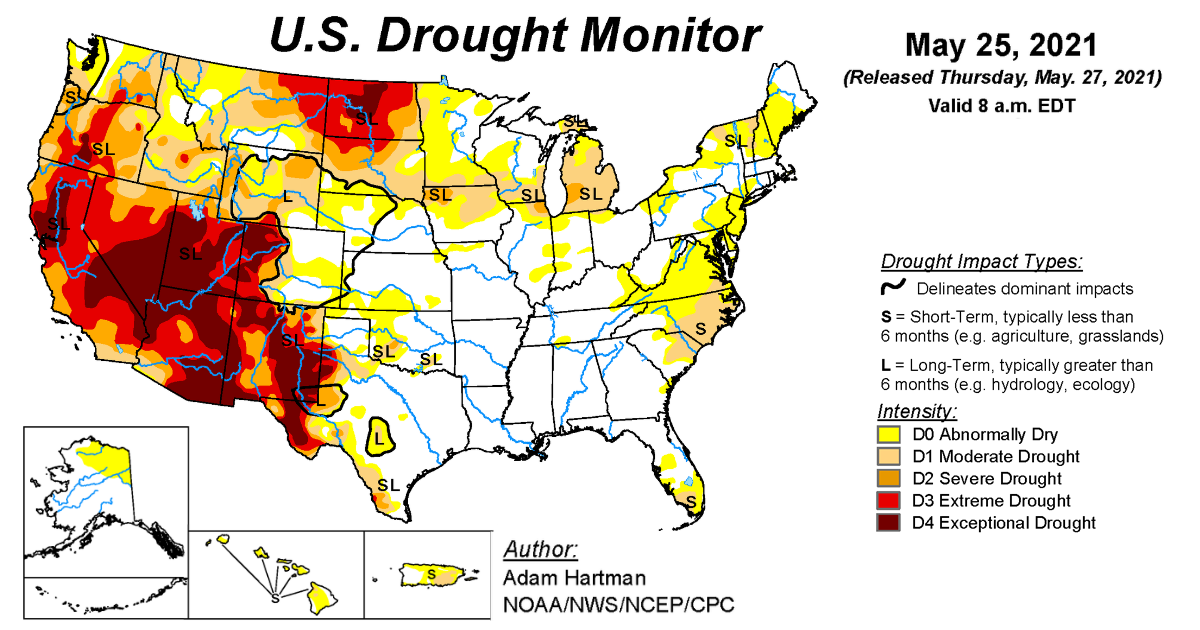 According to the August 6, 2019, U.S. Drought Monitor, moderate to extreme drought covers 5.6% of the United States including