According to the May 30, 2017, U.S. Drought Monitor, moderate to extreme drought covers 5.3% of the contiguous United States, an increase from last week’s 4.5%. However, areas in extreme drought decreased slightly from around 0.4% last week to 0.3%. Exceptional drought, the worst category, continued to remain absent from the country for the 19th consecutive week.

The U.S. Drought Monitor week (May 23–30) was characterized by above normal precipitation across much of the Southeast and Mid‐Atlantic. Soaking rains fell in the eastern half of the country during the first half of the week, providing drought relief in the hardest hit areas of Georgia and northern Florida. By the time the system had moved out on May 27, much of the region had received more than double the rainfall (2 inches or more) of what is typically expected for the week.

Drought and dryness continued in the High Plains, parts of the South, and much of the Southwest. Temperatures across much of the country were at or below normal for the period. However, the Northwest was 5–10 degrees above normal. 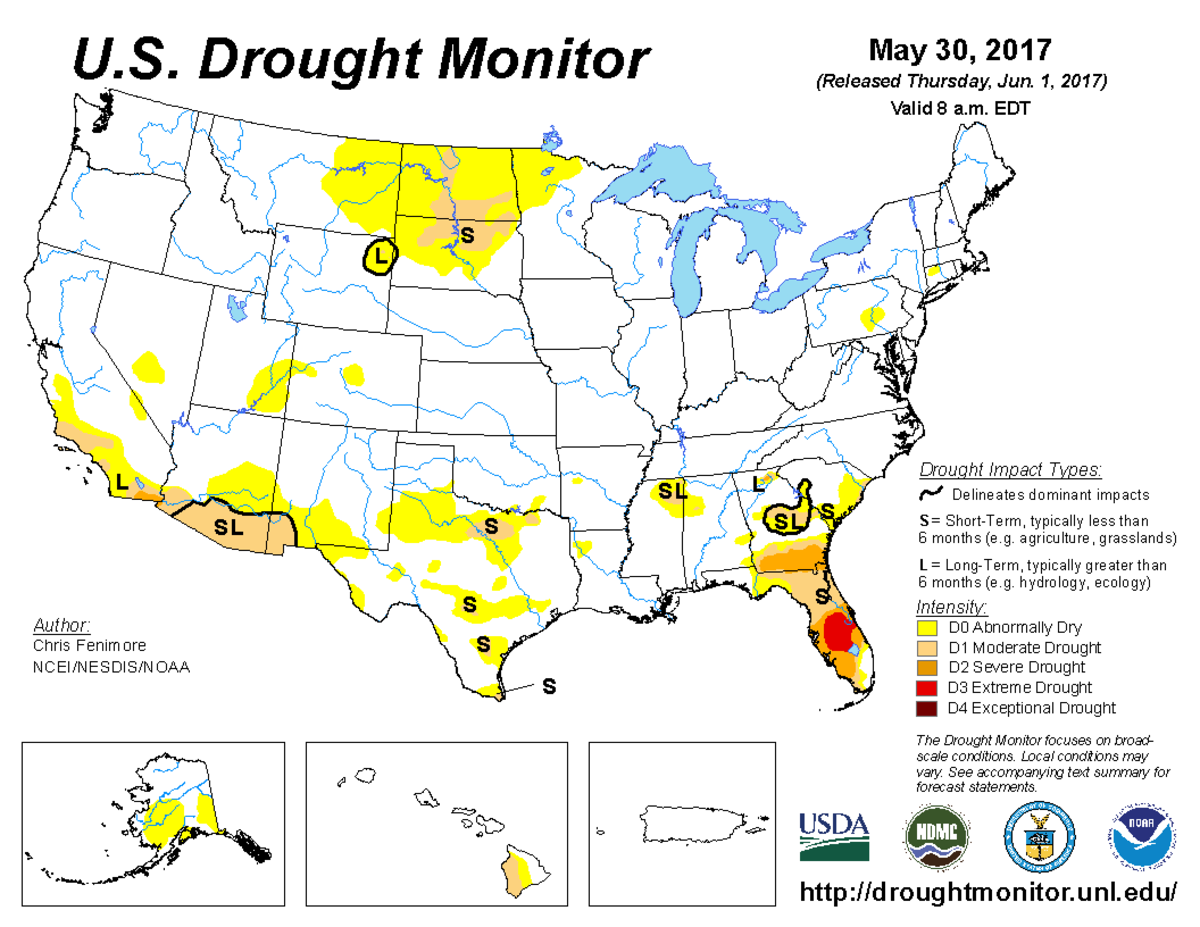 According to the December 4 U.S. Drought Monitor, moderate to exceptional drought covers 18.9% of the U.S.