Two strong upper-level troughs moved across the contiguous U.S. (CONUS) during this U.S. Drought Monitor (USDM) week (May 25-31). Surface low pressure systems and cold fronts were associated with these systems. The first system moved slowly across the central and eastern CONUS during the first half of the week, producing widespread heavy rain across the southern and central Great Plains to the East Coast. The second system moved over the West and into the northern Plains during the second half of the week. It spread above-normal precipitation across parts of the Pacific Northwest to northern Plains. Cool air followed the fronts and was associated with the clouds and rain, with the week averaging cooler than normal from the Pacific Northwest to central Rockies and Lower Mississippi Valley.

An upper-level ridge held sway along the East Coast, keeping the Northeast and coastal Southeast warmer and mostly drier than normal for the week. The fronts and low pressure systems largely missed the Southwest, which was mostly drier and warmer than normal for the week. The widespread heavy rain fell across several drought areas, contracting drought and abnormal dryness across the Pacific Northwest to the Great Plains, Tennessee Valley, and parts of the Southeast and Mid-Atlantic states. Drought or abnormal dryness expanded or intensified in a few spots east of the Rockies, most notably in southern New England, and also in southern Alaska.

Contraction exceeded expansion, with the nationwide moderate to exceptional drought area decreasing this week. Abnormal dryness and drought are currently affecting over 120 million people across the United States including Puerto Rico—about 38.7% of the population. 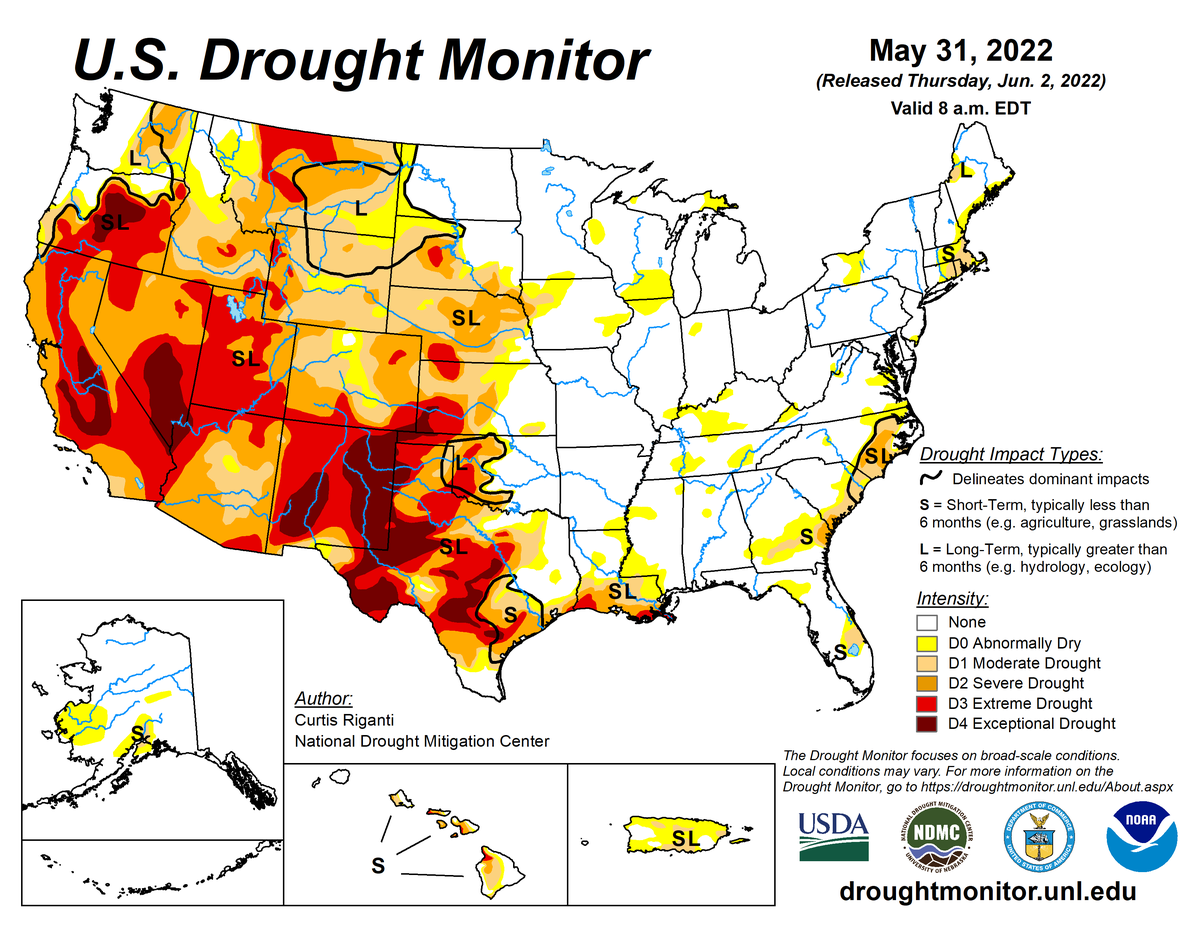 According to the February 18, 2020, U.S. Drought Monitor, moderate to extreme drought covers 8.0% of the United States including