According to the May 5, 2020, U.S. Drought Monitor, moderate to extreme drought covers 13.4% of the United States including Puerto Rico, an increase from last week’s 12.3%. The worst drought categories (extreme to exceptional drought) increased from last week’s 0.4% to 0.8% this week.

In addition to drier-than-normal weather, the ridge brought warmer-than-normal temperatures to most of the West and Great Plains. Drought and abnormal dryness contracted across parts of the Gulf Coast and Plains, but expanded or intensified across much of the West to central and northern Plains. Expansion outweighed contraction, so the national drought footprint grew to 13.4 percent of the United States.

Abnormal dryness and drought are currently affecting over 57 million people across the United States and Puerto Rico—about 18.5% of the country’s population. 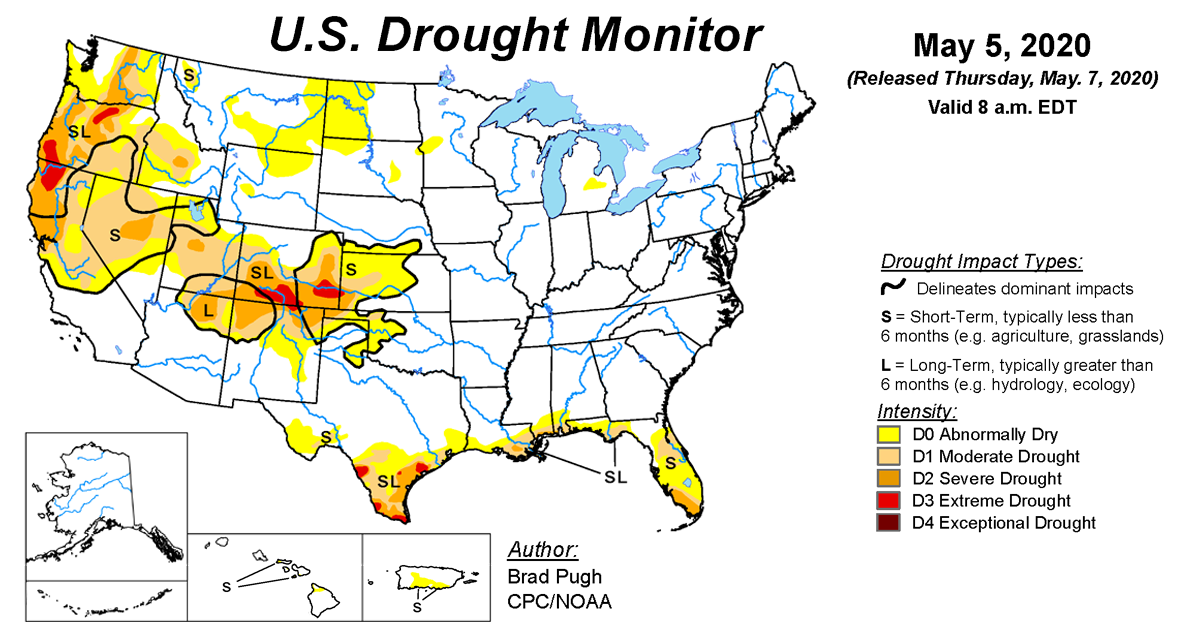 According to the May 16 U.S. Drought Monitor, moderate to extreme drought covers 5.6% of the contiguous U.S.

According to the August 8 U.S. Drought Monitor, moderate to extreme drought covers 11.2% of the contiguous U.S.

Get to know our billion-dollar weather and climate disasters information, how it’s calculated, what it tells us, and why it’s so important.

During August, the average contiguous U.S. temperature was near average at 72.0°F.