According to the May 8, 2018, U.S. Drought Monitor, moderate to exceptional drought covers 27.7% of the contiguous United States, a slight decrease from last week’s 28.6%. Extreme and exceptional drought—the worst categories—expanded to cover 9.3% of the Lower 48, up from 8.9% last week.

A broad-scale ridge in the upper atmosphere brought warmer-than-normal temperatures to most of the contiguous United States during this U.S. Drought Monitor week. Large, slow-moving upper-level weather systems, and their associated surface cold fronts, slogged through the ridge, bringing areas of rain to parts of the country. The ridge generally inhibited precipitation, so only parts of the West, southern and central Plains, Great Lakes, middle Appalachia, and southern Florida saw locally widespread above-normal precipitation. As a result, drought and abnormal dryness contracted in parts of the southern to central Plains, but expanded in parts of the Southwest, northern Plains, Mid-Mississippi Valley, and Southeast.

Abnormal dryness and drought are currently affecting over 91 million people across the United States—about 29.3% of the country’s population. 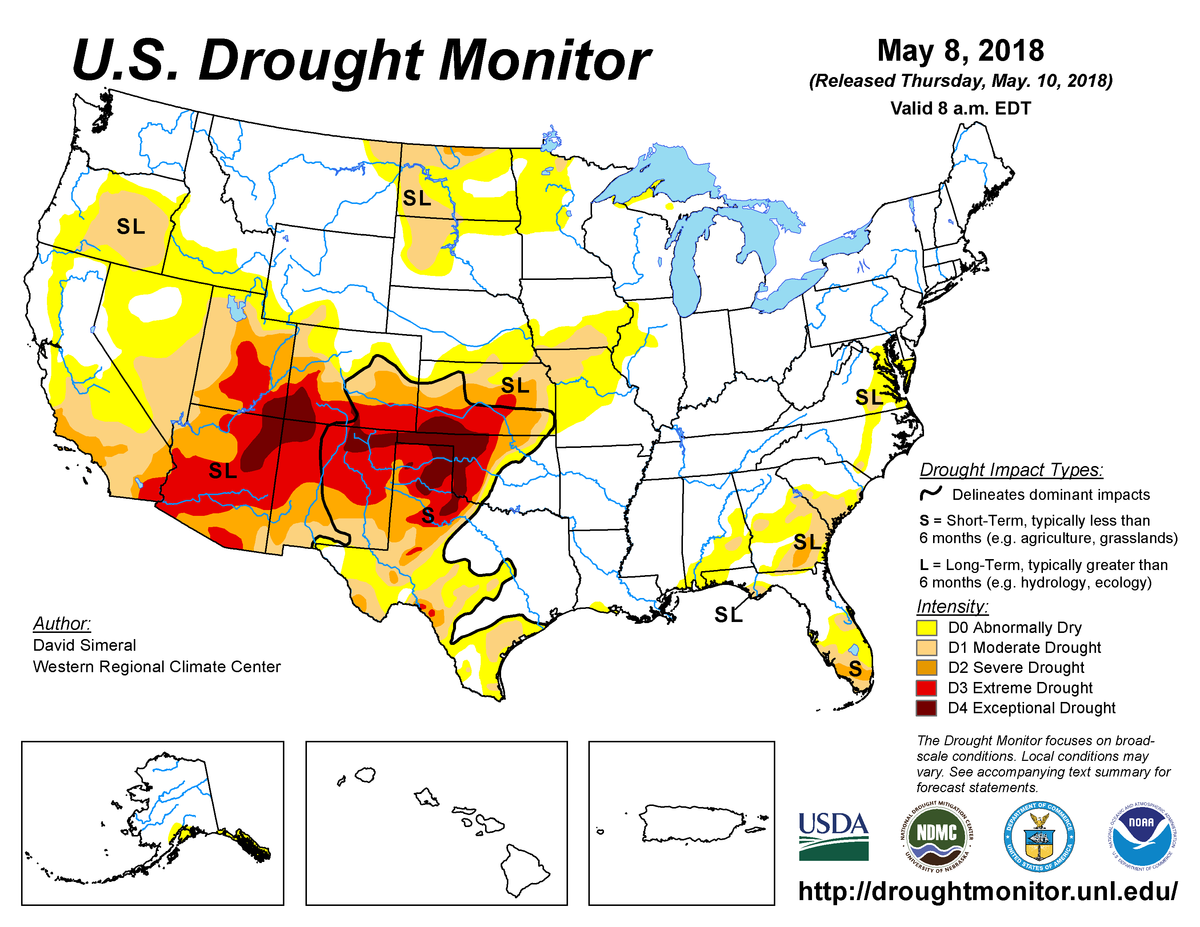 According to the July 23 U.S. Drought Monitor, moderate to exceptional drought covers 6.6% of the United States including Puerto Rico.

According to the January 31 U.S. Drought Monitor, moderate to exceptional drought covers 14.6% of the contiguous U.S.

The April 25–28, 2011 Tornado Super Outbreak caused roughly $11 billion in damages and claimed the lives of an estimated 321 people.

According to the July 10 U.S. Drought Monitor, moderate to exceptional drought covers 25.4% of the United States.