According to the November 13, 2018, U.S. Drought Monitor, moderate to exceptional drought covers 17.9% of the United States, a decrease from last week’s 18.1%. Extreme and exceptional drought—the worst categories—cover 3.6% of the nation, the same as last week.

The upper-level circulation during this U.S. Drought Monitor week changed little compared to last week. A large upper-level trough dominated the central contiguous United States, with ridges hanging on along both coasts. The trough funneled cold Canadian air masses across the Plains to spread below-normal temperatures over most of the Lower 48—only Florida and the coastal Southeast averaged warmer than normal.

The cold fronts, and surface lows that formed along them, tapped Gulf of Mexico and Atlantic moisture to spread above-normal precipitation across the Gulf Coast and East Coast states. A few areas along the east slopes of the Rockies had above-normal precipitation, but a northwesterly flow and the western ridge kept most of the West, Plains, and Midwest drier than normal.

There was some expansion of drought or abnormal dryness in California, Florida, and Puerto Rico, and some contraction in parts of the Southwest, Plains, Southeast, and Northeast, but otherwise drought conditions across the country changed little.

Abnormal dryness and drought are currently affecting over 79 million people across the United States—about 25.5% of the country’s population. 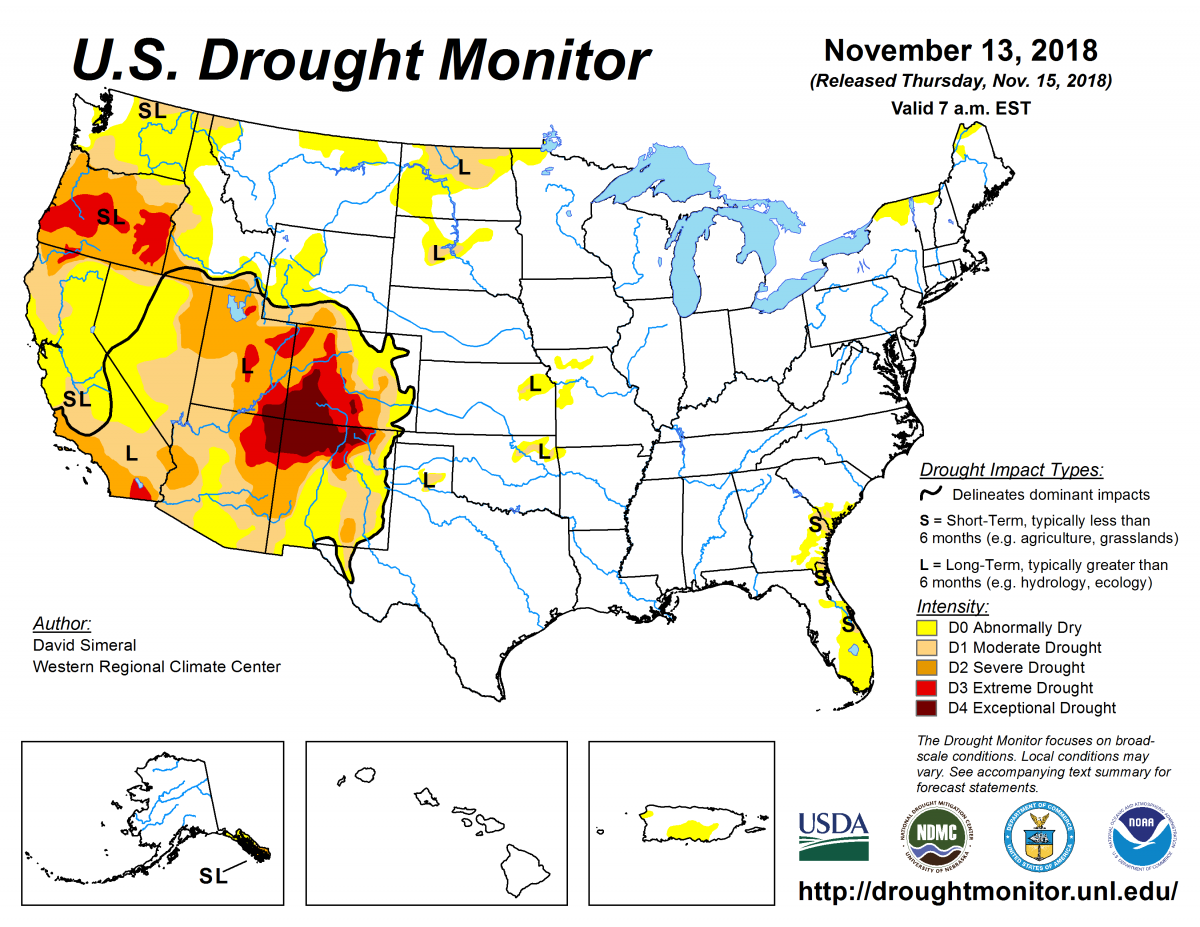 According to the August 1 U.S. Drought Monitor, moderate to exceptional drought covers 11.8% of the contiguous U.S.

According to the July 16 U.S. Drought Monitor, moderate to extreme drought covers 6.6% of the United States including Puerto Rico.

In honor of Valentine’s Day, we take a look at typical February climate conditions and Climate Normals for several lovely locations.