Pacific weather systems moved quickly through a fast jet stream flow. The upper-level lows moved mostly along the U.S.-Canadian border, but the surface fronts associated with them swept across the width of the country—from the Great Lakes to the Gulf of Mexico coast. The systems trekked quickly across the West, but then slowed down when they reached the Plains and intensified over the Midwest. This resulted in a long-wave circulation pattern consisting of an upper-level ridge over the West and trough over the East.

Weekly temperatures averaged warmer than normal over the West and into the Plains, beneath the ridge, while cold fronts associated with the Midwestern trough kept temperatures near to cooler than normal from the southern Great Lakes to eastern Gulf coast. With the storm track keeping to the northern states, above-normal precipitation was limited to the Pacific Northwest, northern Plains to western Great Lakes, and Northeast. Little to no precipitation fell across the Southwest to western portions of the central and southern Plains, while the rest of the contiguous United States had some precipitation but ended up drier than normal.

Drought contracted or was reduced in intensity where heavy precipitation fell in the Pacific Northwest and Upper Mississippi Valley, but expanded or intensified in western parts of the Plains, in the Lower Mississippi Valley, and in parts of the Carolinas and Virginia. Overall, expansion exceeded contraction, with the nationwide moderate to exceptional drought area increasing this week.

Abnormal dryness and drought are currently affecting over 115 million people across the United States including Puerto Rico—about 37.1% of the population. 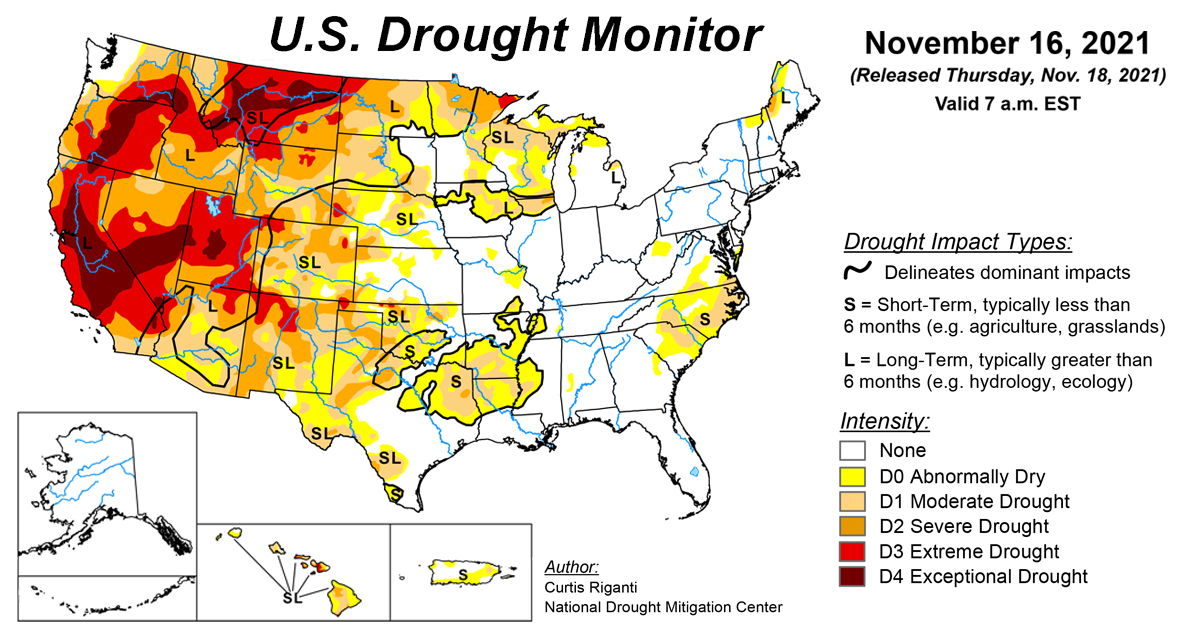 In addition to Drought.gov, find more information on the current drought as well as on this week’s Drought Monitor update at the National Drought Mitigation Center.

NOAA and its partners have released the latest Regional Climate Impacts and Outlooks, which recap spring conditions and provide