A couple Pacific weather systems moved across the continental United States during this past week. The storm track kept to the northern states, but the systems dragged cold fronts with them that stretched from the Great Lakes to the Gulf of Mexico coast. The systems spread rain and snow to the coastal Pacific Northwest and parts of the northern Rockies, but they weakened as they moved through a western ridge. This circulation pattern starved them of moisture, so much of the West to Great Plains received little to no precipitation, but the fronts picked up Gulf of Mexico moisture as they moved east, spreading precipitation across the Lower Mississippi to Ohio Valleys, eastern Great Lakes, and Northeast. Only a few areas received above-normal precipitation for this time of year, including spots in the Pacific Northwest, Ohio Valley, Deep South Texas, and the southern half of Florida.

Weekly temperatures averaged near to cooler than normal in the Pacific Northwest, Great Lakes, Ohio Valley, and Mid-Atlantic states. Much of the West, Great Plains, and Southeast were warmer than normal. Persistent above-normal temperatures in the Plains contributed to excessive evapotranspiration in western portions of the Great Plains as well as parts of the West. Lack of precipitation, excessive evapotranspiration, and windy conditions further dried soils, again especially in western portions of the Plains.

Precipitation over the last 4 weeks lessened drought intensity slightly in parts of the West, but continued dryness expanded or intensified drought in parts of the Plains, Deep South, Southeast, and Mid-Atlantic states. Overall, expansion exceeded contraction, with the nationwide moderate to exceptional drought area increasing this week.

Abnormal dryness and drought are currently affecting over 124 million people across the United States including Puerto Rico—about 40% of the population. 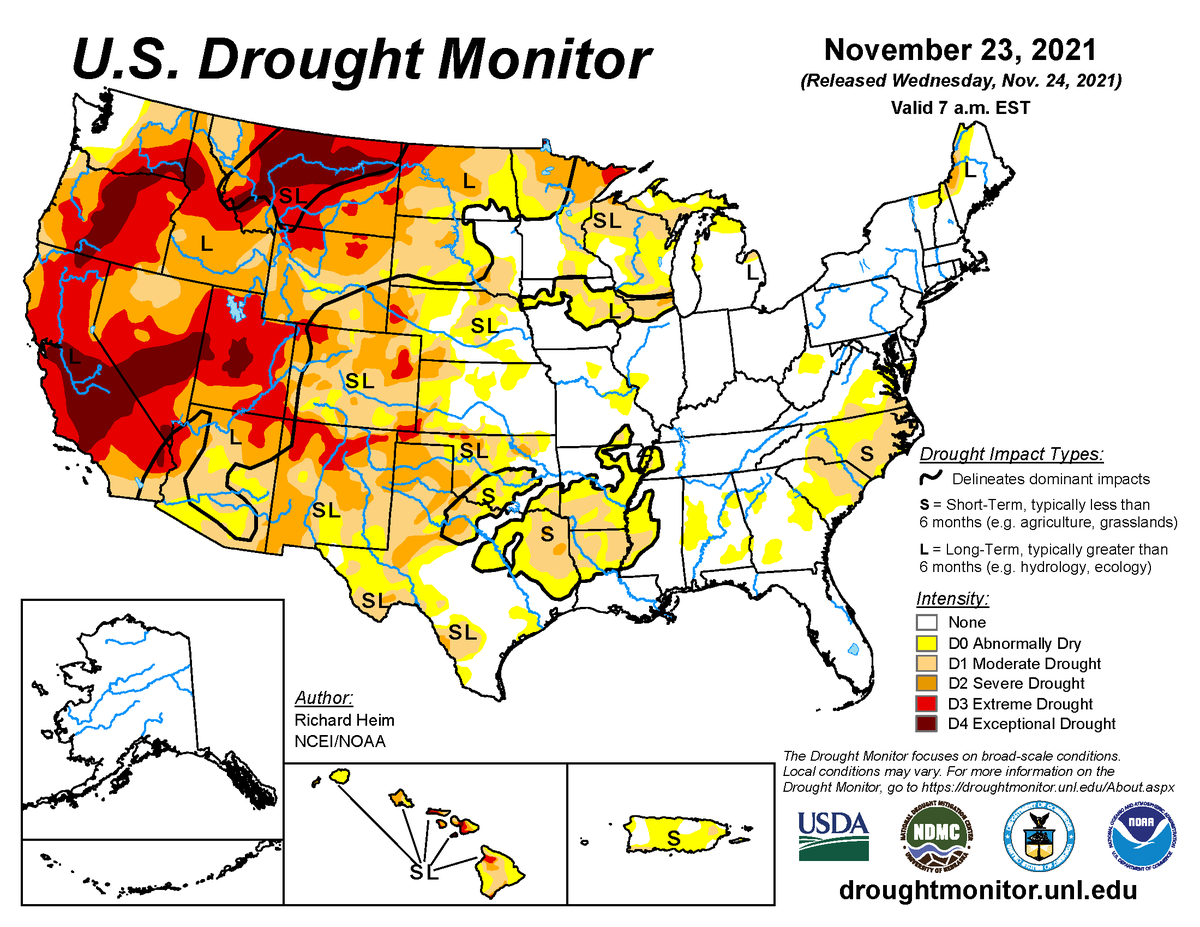