A series of upper-level weather systems and their associated surface lows and fronts moved across the contiguous United States during the week. They brought beneficial precipitation to much of the Pacific coast; parts of the northern and central Rockies, central Plains, Midwest, and Gulf of Mexico Coast; and much of the Mid-Atlantic to Northeast. But they missed much of the Southwest, northern Plains, and southern Plains, where no precipitation, or less than a 10th of an inch, fell.

Rain and snow from weather systems this week—and previous weeks to the last six months—have built up precipitation surpluses across much of the country east of the Mississippi River, with streamflow mostly above normal. November 25 reports from the U.S. Department of Agriculture (USDA) show soil moisture surpluses in most states east of the Mississippi, with Florida, coastal Georgia, and South Carolina being the exceptions.

Contraction and expansion of abnormal dryness occurred in coastal Georgia and South Carolina to accommodate a variable precipitation pattern. Temperatures were cooler than normal from the Mississippi River to East Coast, most of Texas, and parts of the Four Corners States. Temperatures were warmer than normal across much of the West, central to northern Plains, and most of Florida. 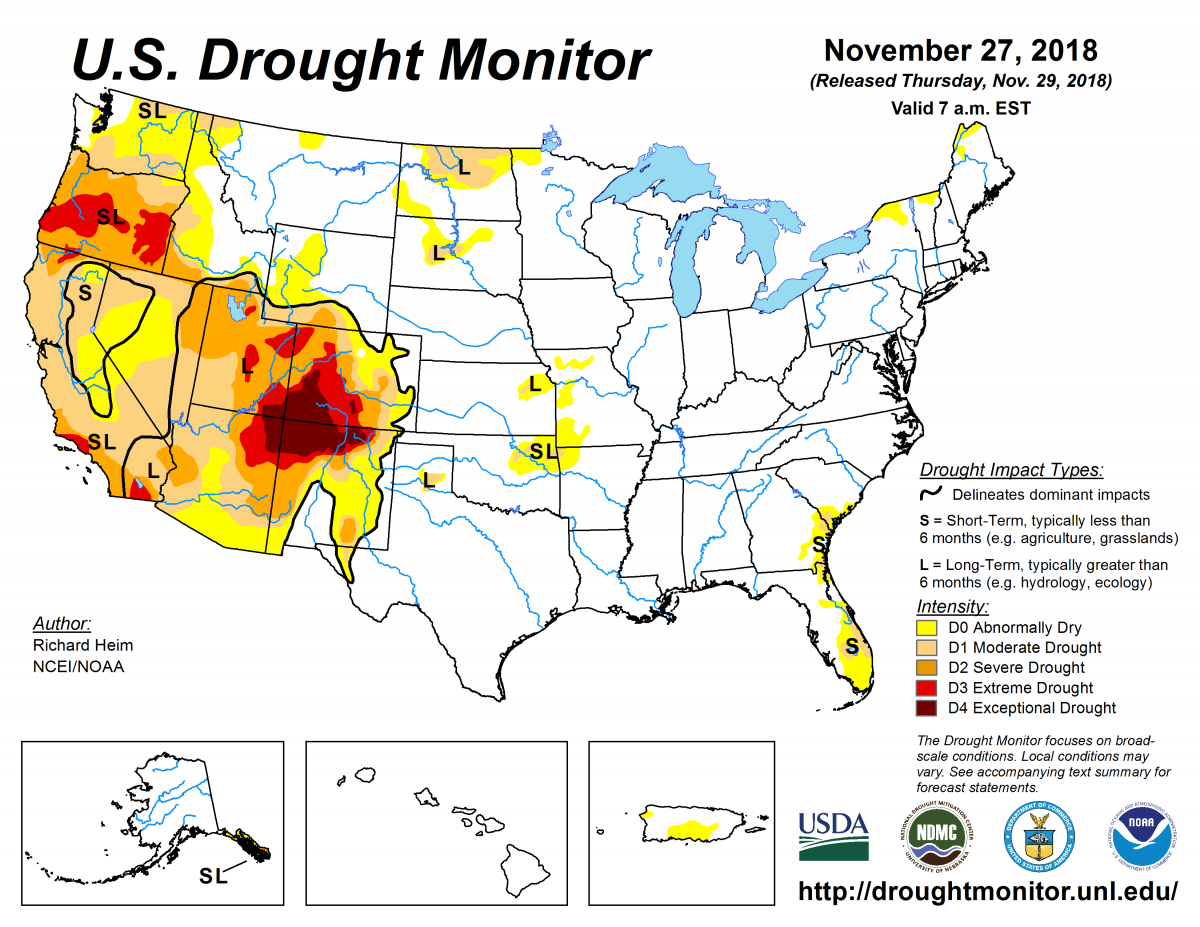 According to the March 17, 2020, U.S. Drought Monitor, moderate to exceptional drought covers 10.5% of the United States

According to the December 15, 2020, U.S. Drought Monitor, moderate to exceptional drought covers 41.2% of the United States