Hurricane Zeta moved rapidly across the central Gulf of Mexico coast to Mid-Atlantic coast,  rapidly followed by a strong upper-level low-pressure system that moved out of the Southwest and Deep South. A surface low and frontal system accompanied the upper-level system. This combination of systems dropped heavy rain across parts of the southern Plains, Southeast, Ohio Valley, Mid-Atlantic, and Northeast.

It was drier than normal across the West, central to northern Plains, and Great Lakes, and parts of southern Texas and central Georgia to southeastern North Carolina. The week was also drier than normal across much of Hawaii. Drought contracted where tropical moisture fell from the southern Plains to Northeast, but expanded in the drier parts of Texas, across parts of the West and central Plains, and in Hawaii. Drought contraction was more than expansion, so the overall U.S. drought footprint decreased again this week.

Abnormal dryness and drought are currently affecting over 108 million people across the United States including Puerto Rico—about 34.9% of the population. 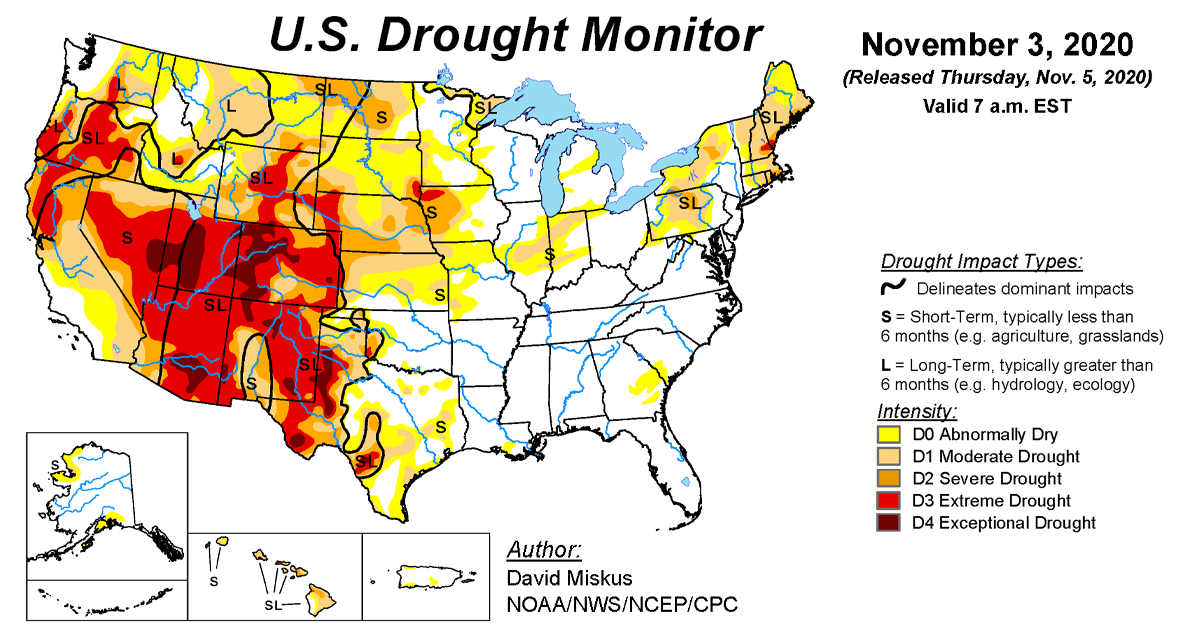 According to the June 13 U.S. Drought Monitor, moderate to severe drought covers 7.3% of the contiguous U.S.

According to the January 7 U.S. Drought Monitor, moderate to exceptional drought covers 9.5% of the United States including Puerto Rico.