According to the November 6, 2018, U.S. Drought Monitor, moderate to exceptional drought covers 18.1% of the United States, a decrease from last week’s 18.8%. Extreme and exceptional drought—the worst categories—contracted to cover 3.6% of the nation, down from 3.9% last week.

The upper-level circulation during this U.S. Drought Monitor week was dominated by a large trough over the central contiguous United States, which was flanked by ridges along both coasts. A northwesterly flow kept much of the West to central Plains dry, the western ridge kept temperatures warmer than normal along the coast, and the eastern ridge and a southwesterly flow kept temperatures warmer than normal in the East.

In between, the northwesterly flow associated with the upper-level trough funneled cold Canadian air masses into the Plains to Midwest, resulting in colder-than-normal temperatures from the Rockies to Mississippi Valley. Cold fronts and surface lows brought above-normal precipitation across the northern Rockies to Great Lakes, southern Plains to Gulf Coast, and Mississippi River to East Coast.

Drought and abnormal dryness expanded or intensified in parts of California, Nevada, and Wyoming, and a few spots elsewhere, but contracted in several parts of the West, Plains to Midwest, South, and Northeast.

Overall, abnormal dryness and drought are currently affecting more than 77 million people across the United States—about 25.0% of the country’s population. 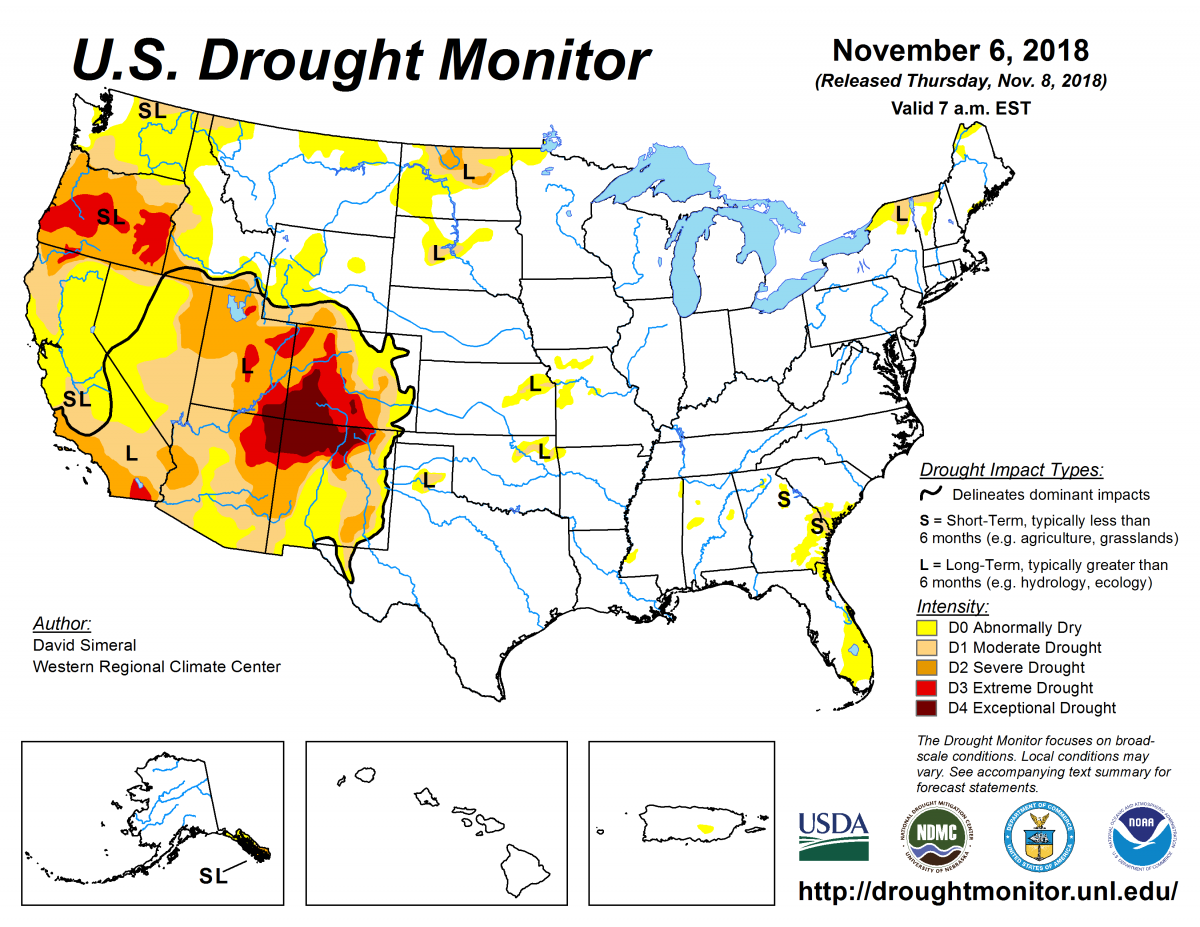 According to the August 14 U.S. Drought Monitor, moderate to exceptional drought covers 30.7% of the United States.

According to the March 24 U.S. Drought Monitor, moderate to exceptional drought covers 9.9% of the United States including Puerto Rico.