According to the October 1, 2019, U.S. Drought Monitor, moderate to extreme drought covers 17.0% of the United States including Puerto Rico, an increase from last week’s 16.2%. The worst drought categories (extreme to exceptional drought) doubled from 0.4% last week to 0.8% this week.

A strong ridge of high pressure continued over the southeastern United States and a trough of low pressure over the West. The high-pressure ridge, with its stable descending air, inhibited precipitation, cleared the skies, and kept temperatures hot. This continued lack of rain and persistently high evapotranspiration led to continued rapid expansion and intensification of drought from the Ohio Valley and Mid-Atlantic to Gulf Coast states. Warmer-than-normal temperatures extended from the southern Plains and Southwest to the Gulf and Atlantic coasts.

Drought and abnormal dryness expanded or intensified across parts of the Southwest and southern Plains and much of the Ohio Valley to Gulf and Atlantic coasts. Contraction of drought or abnormal dryness occurred over parts of the Pacific Northwest, western Texas, Iowa to southern Michigan, Alaska, and Puerto Rico. Expansion outweighed contraction, resulting in a big increase of the national drought area compared to last week.

Abnormal dryness and drought are currently affecting roughly 150 million people across the United States including Puerto Rico—about 48.2% of the population. 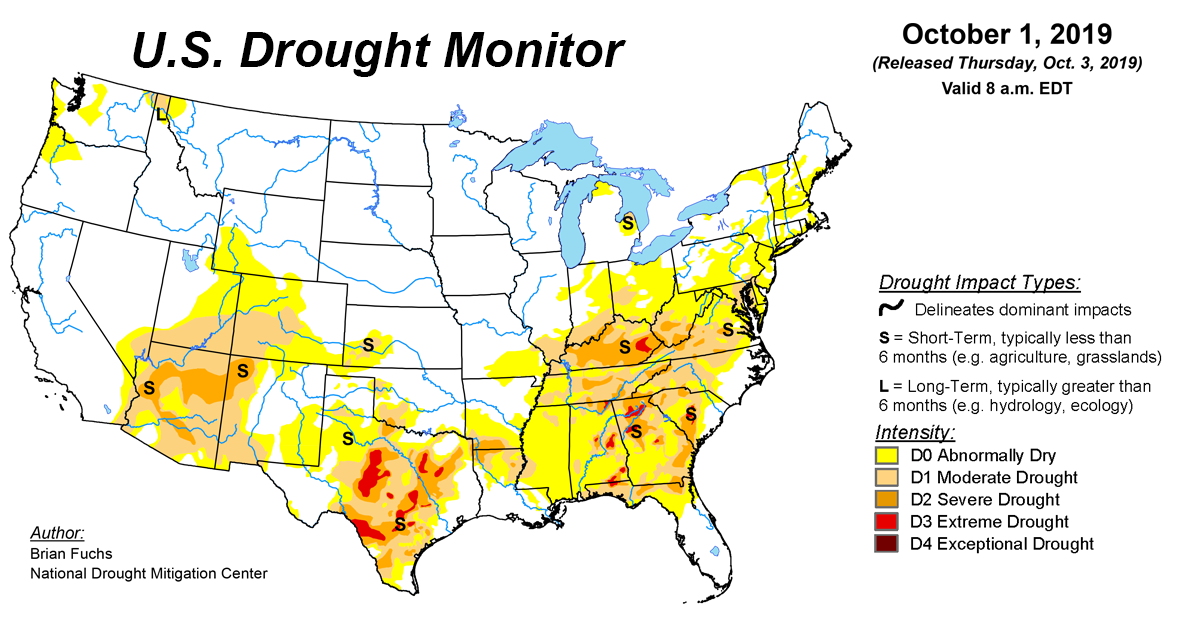