Weather systems migrated through this pattern, dragging Pacific and Canadian cold fronts along with them. The fronts tapped Gulf of Mexico moisture when they crossed the Rockies, bringing above-normal precipitation to the central Plains to Midwest.

Late in the week, Hurricane Nate and its remnants were caught up in a cold front and dropped above-normal precipitation across parts of the South to Northeast. A northerly flow, associated with the western trough, kept much of the West drier than normal, while the frontal rains mostly missed the extreme portions of the Northern and Southern Plains, lower Mississippi valley, and Mid-Atlantic Coast. 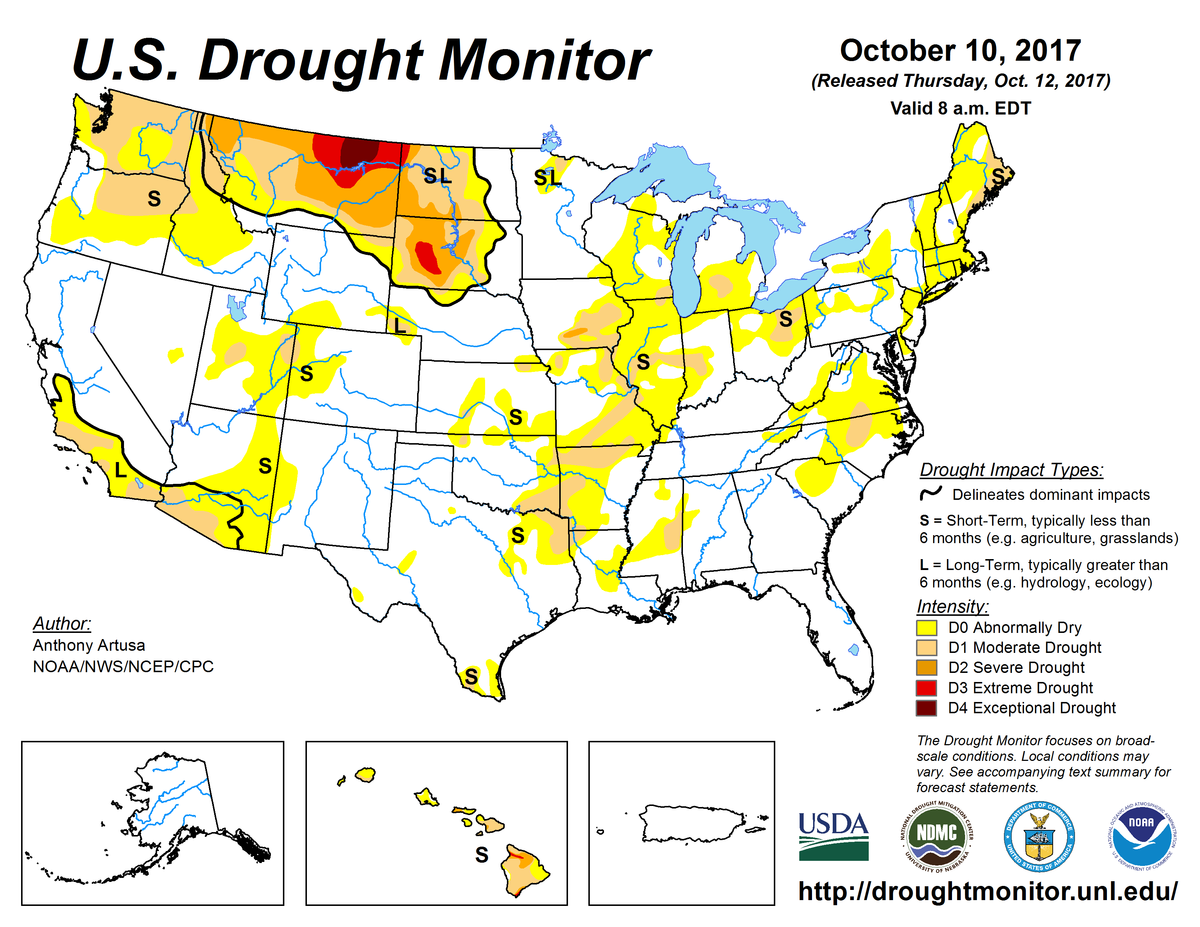 According to the May 14, 2019, U.S. Drought Monitor, moderate to severe drought covers 2.4% of the United States, a slight